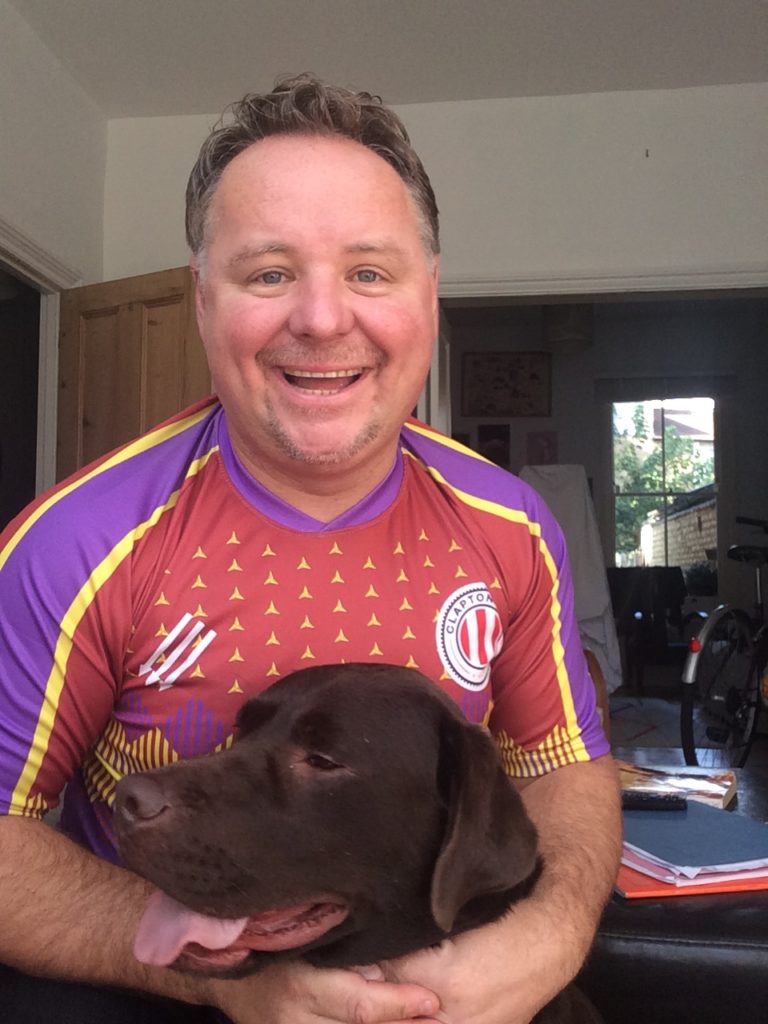 I’m originally from Newcastle Upon Tyne but have lived in East London for 25 years. I was looking for a team to support and Clapton is where I live but I wouldn’t break the picket line at Clapton FC, or give money to the owner.

I was delighted when I read about CCFC and signed up for my membership straight away. The away shirt was ordered soon after, I’m afraid that being a huge Newcastle Utd fan I wasn’t enamoured with the idea of wearing the red & white stripes of the home strip, especially if I was working on Tyneside.

I love the whole ethos of the football club, the ability to get involved and the special relationship between the players & fans. I’ve been to several games at the Stray Dog and to half a dozen away matches.

I’m currently unlikely to share the joy of attending either of the two cup finals, as I’m an actor and we’re touring with Much Ado About Nothing until June.

My CCFC scarf hangs over my dressing room mirror. I have been taking it everywhere, taking a photo in each city we visit.

I’m very honoured to be part of something as special as CCFC and the team and management have done us proud, especially in our first season. Proud to be Ton.