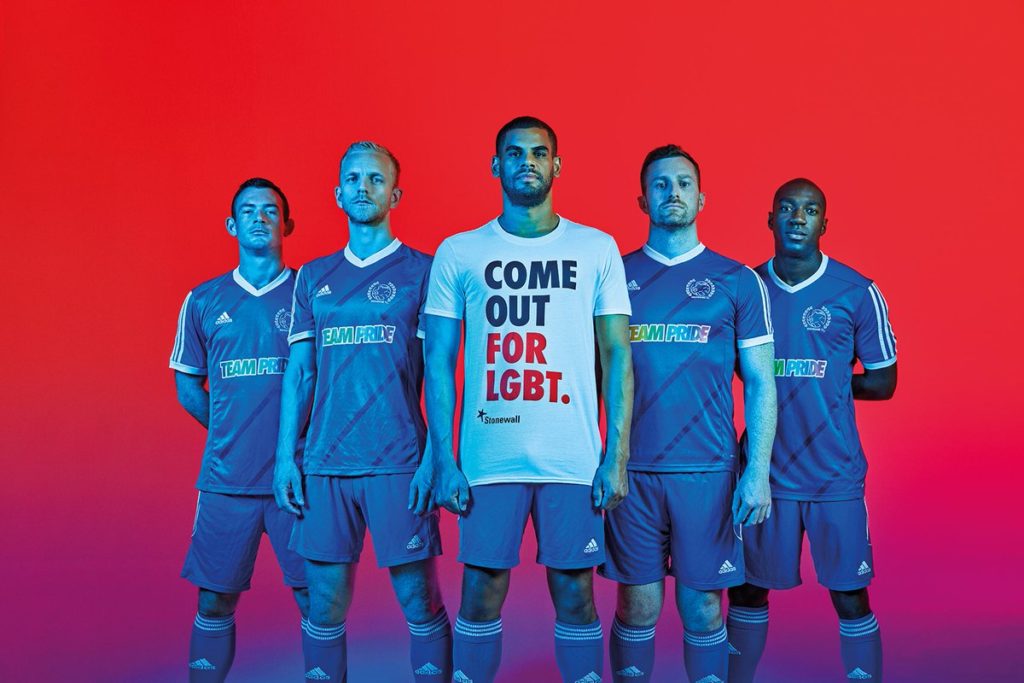 It’s finally here! Three months after forming, eight friendlies in, and Clapton Community Football Club are about to make their competitive debut this Saturday.

For those who don’t know, Clapton CFC have been placed in Division One Central & East of the Middlesex County Football League, which is Step 8 of the non-league football pyramid. The league’s sponsors are Cherry Red, the independent book and record label.

There will only be 22 league games, plus however long Clapton CFC last in the 3 cup competitions, and all matches should be on Saturdays with no need for midweek kick-offs unless we have a very harsh winter. Our home for this season is the Stray Dog, a name chosen by members for the intermediate pitch at Wadham Lodge, Walthamstow.

Geography-wise, there are teams local to us, based in Waltham Forest and Redbridge, with the rest in North West or West London. Every league game is accessible on your Oyster card. Hurrah! However, don’t be surprised if clubs switch venues for our games so please check nearer the time.

Here’s some more about each of our opponents…

The Eagles are flying again. The club has been resurrected after previously playing in the Spartan South Midlands but folding midway through a season. In fact Tons fans may remember when they played a friendly at the Old Spotted Dog in 2014, a 2-2 draw. They are our first opponents of the season, fresh from their pre-season trip to Sweden, playing fifth division side Tullinge Triangel Pojkar on Saturday.

Eastfield will be our second closest neighbours, being based in the Ilford area. They describe themselves as the first Social Enterprise Football Club serving East London and promoting opportunities for young people. Founded in 2012, they are formerly of the Essex Alliance League and are new to the MCFL.

FC Roast are an Irish heritage football club founded in 2015 who are stepping up to the Middlesex County League after winning the Canada Water League. Another new club in the league and a fantastic cow-based club badge.

FC Star London couldn’t get much closer to the Stray Dog, a mere 10-minute walk away just into the Highams Park area. They are a Romanian heritage football club and are new to the Middlesex County League.

Another new club and before you set your SatNav to Herefordshire, they’re actually based at Wormwood Scrubs in Shepherd’s Bush. In fact the founders are neither Hereford fans, nor Palace fans, they just liked the name. Mysterious.

Clapton CFC have already played London Samurai Rovers in pre-season, a very tough game played behind-closed-doors which resulted in a 1-0 win for the Tons. They are a Japanese heritage club, formed from a merger of two existing MCFL1 sides, London Samurai United and JL Rovers, who finished ninth and tenth last season. With a massive academy of youth teams, and Southampton defender Maya Yoshida as their ambassador, they’re definitely ones to watch.

Another familiar face thanks to a pre-season friendly earlier this summer, which saw CCFC triumph 3-1 after a nip and tuck game. The club was formed in 2015 by friends who are from the Cricklewood and Kilburn areas, hence the club name. The Gorillas finished seventh last season, but won the Arsenal Charity Shield competition at the Emirates in May and have recruited well for a tilt at promotion challenge.

A team of mainly Portuguese nationals, whose name and colours suggest a particular affinity with Sporting Lisbon. The club was formed in 1986 but are new to the Middlesex League having won the West End AFA league and cup double last season..

Safe to say, this one is the standout fixture for us – Clapton CFC versus the world’s most successful gay football club now in their 27th season. The club, famous for starting the rainbow laces campaign, were founded in 1991. They have been up and down the divisions since and have been relegated back to Division One after a season in the Premier.

The great unknowns! They have no social media presence, and have not replied to any of the emails. However, we do know they were previously called Kensington United and we believe they are connected to The Curve Community Centre, a welcoming space in North Kensington for those affected by the Grenfell Tower tragedy.

Formed in 2002 and have competed in the Middlesex County League since 2006/7. Since then they’ve gone on tours to Norway, Gemany, Czech Republic and even Malawi, and were on another overseas pre-season tour this summer. They finished fifth last season but will be expected to challenge for the title this time.