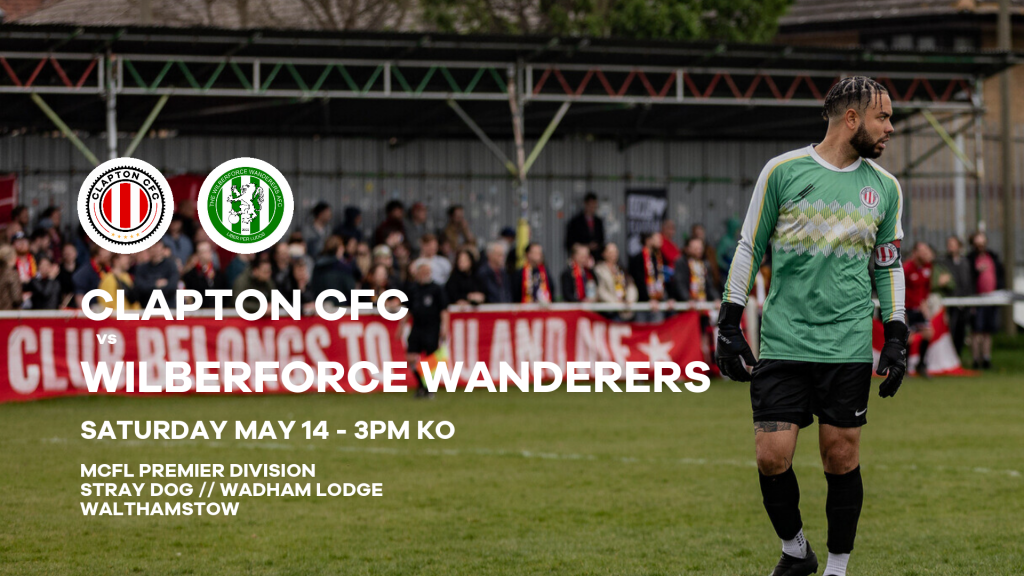 Now to end a topsy-turvy season against our old friends Wilberforce Wanderers, who are in decent form but seem destined for relegation.

A win for the Tons should see us seal third place in the league behind promoted NW London and runners-up Brentham.

It could be our last game on the Stray Dog before we move to the Old Spotted Dog Ground in Forest Gate – though that is subject to building changing rooms.

Get your tickets for the game here.

We have a 100% record in our five previous meetings, so our visitors would no doubt love to go out with a win today.

Our away game at Wilberforce ended up being played at Wadham Lodge Stadium under the floodlights and though we won 5-1 we certainly didn’t have it our own way, particularly in the first half.

This game was also scheduled to take place at Wadham Lodge Stadium but has now been moved to the Stray Dog as the stadium pitch is being replaced.

Wilberforce have won 2 out of 6 games since our last meeting including a great victory away at third placed Cricklewood Wanderers.

Founded in a Trafalgar Square pub in August 2002, The Wilberforce Wanderers AFC were originally an Old Boys team for Emmanuel College, Cambridge.

It still recruits young talent from there today – and is named after the Wilberforce Road Sports Ground at the college – but it has also widened its recruitment with players from around the world.

After a few seasons battling in Division 2 of the MCFL, the Wanderers were rewarded with promotion to Division 1 in 2005 and then last season elevated to the Premier Division.

Advanced tickets only – please book FROM HERE. You can donate what you want from £0 to £5, though we suggest £3 for waged adults

No alcohol allowed pitchside at this match, which means if you bring a bag, the stewards may ask what’s inside.

Don’t forget the hygiene bank collection for our charity partners Magpie Project at every home game. You can donate toothbrushes, toothpaste, shower gel, sanitary towels and deodorant at the entrance.

The Alec Smith Premier Cup trophy will be there. If you haven’t managed to get a photo with the cup yet, now is your chance. It’s a beaut

Pick up the mini-programme for free or for a small donation.

You can catch a bus along that route too. The 357, 34, 97, 215 will all take you to the top of Brookscroft Road from Walthamstow Central. It will take about 12 minutes. Traffic has been pretty heavy in recent weeks so if arriving by the Victoria Line or the Gospel Oak to Barking Line, you can alight at Blackhorse Road Station. The 123 from the stop opposite the station on Forest Road will take you as far as the crossroads with Hoe Street/Chingford Road – alight at the stop for Bromley Road.

There’s also car parking space available at the ground but it may be better to park on a street nearby.