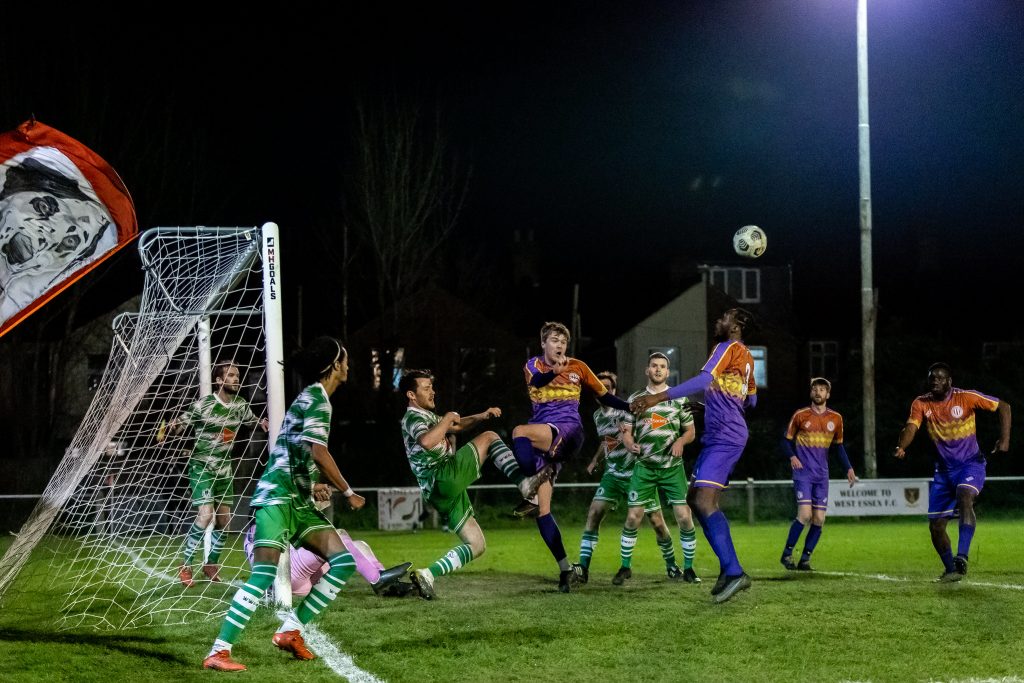 Clapton CFC men’s first secured a big ‘away’ win against basement side Wilberforce Wanderers – but it was a close contest for an hour.

Our first meeting with the Wanderers in three years was switched an evening game at Wadham Lodge Stadium, so it felt like a curious mix of away and home game.

It was 0-0 for the first half an hour, during which time Wilberforce caused us problems with their movement up front.

But two goals in five minutes then looked to have calmed things down. First on 33 minutes, a ball over the top found Fred Taylor one-on-one who finished comfortably.

Then on 38 minutes, Julian Austin pounced on a fluffed clearance to knock it straight into the net.

Wilberforce pulled one back before half-time, however, with a cool close-range finish from striker Massimiliano Tagliapietra, despite loud appeals for offside.

CCFC needed another goal to finish off the resilient opponents, and that duly came just before the hour mark when Samba Badjana extended the lead.

A fourth came from a James Briggs free-kick, nodded in at the back post by defender Tafari Nicholas.

We saved the best for last, however. A delightful ball by Geoff Ocran played in Noah Adejokun. He smashed a ferocious first-time shot in off the bar.

One of the best goals we’ve seen in a CCFC shirt, sadly not captured on video – unless anyone happened to film it? Get in touch!

The game was also notable for a first team debut for another Development team player, James Pavely.