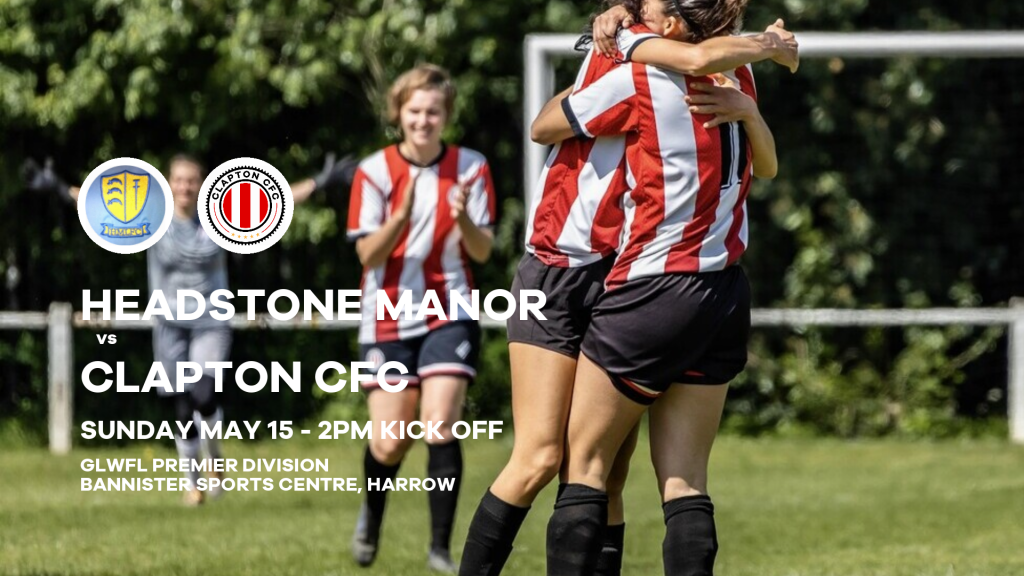 The Clapton CFC’s women’s first team end their league campaign with a tricky away trip to Headstone Manor on Sunday.

After defeat at home to Islington Borough on Sunday, it looks like the team will need to settle for third place in the table.

However, there’s an outside chance we could still sneak second place if we were to win and Boro drew or lost to Sutton United U23s.

And of course the season itself doesn’t end here – there’s also the cup final against Enfield Town 3s at Bedfont Sports the following Sunday.

Headstone are newly promoted and have settled in extremely well, nestled in fifth place, with wins against Islington Borough and Comets among their best results.

We met in October, when we salvaged a late 1-1 draw on the unfamiliar surroundings of the Wadham Lodge park pitch – aka the LRT Sports Ground, aka the Lost Dog.

For the return trip we visit the Harrow-based side who were founded in 2007 and are now playing at their highest level.

Headstone Manor vs Clapton CFC is on Sunday, May 15 2022 at 2pm at Bannister Sports Centre, Uxbridge Road, Harrow, HA3 6SW.

There is one side of the pitch where spectators can stand behind the cordoned gate at the pitch. There’s is no clubhouse/bar.