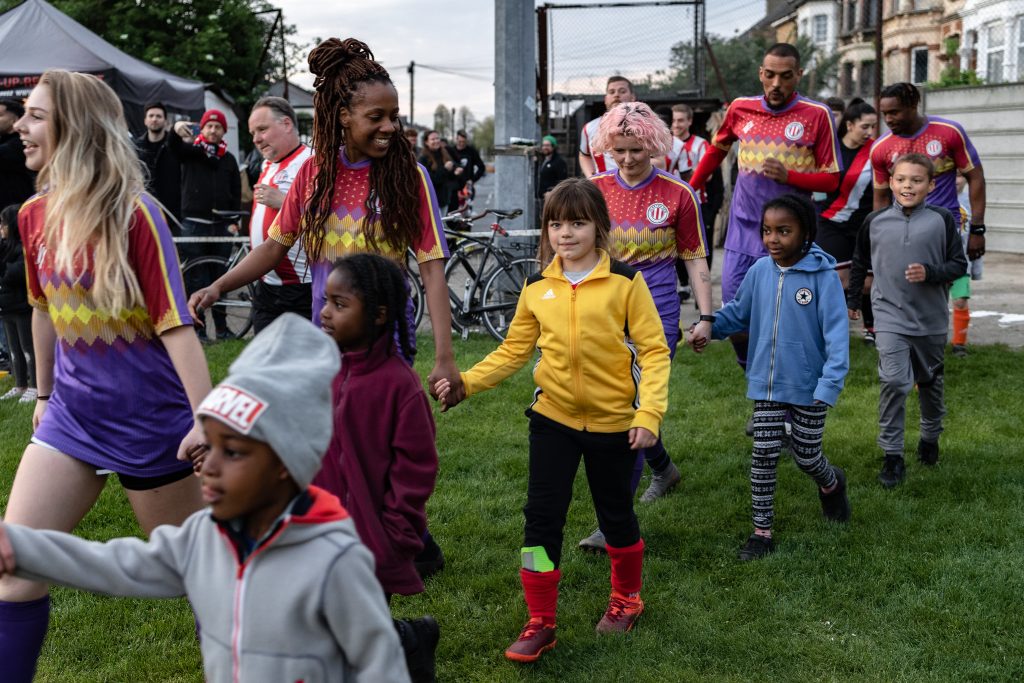 The women’s first team, in second place, take on Islington Borough, in third place at the Stray Dog at 2pm.

Although there will be one further game left, the winner will be in pole position for runners-up spot behind Bromley and a better chance of promotion.

The men’s first team, meanwhile, are in the Alec Smith Premier Trophy final, which takes place at Uxbridge FC’s Honeycroft ground at 3pm.

The relevant committees worked round the clock trying to rearrange these games to allow fans to attend both, but we have been unable to do so.

Fixture clashes are always a possibility as we grow as a club. However, it’s such a shame that fans will need to decide between the women’s first team’s big league game and a chance of silverware for the men’s first team.

Whichever game you choose to attend, please make sure you are louder than ever. You’ll be able to keep up with the action elsewhere on Twitter.

And that’s not all that’s on the CCFC agenda today.

At the Old Spotted Dog Ground from 10am to 2pm, we’re hosting a charity fundraising tournament for the Outside Project. along with Queerspace FC and Outsiders United.

Three teams of CCFC members will be taking part and there will be food, drinks and music, so spectators are more than welcome.

And the table-topping men’s development team have a league game against Gorillas at 10.30am on Hackney Marshes. Spectators welcome as usual.