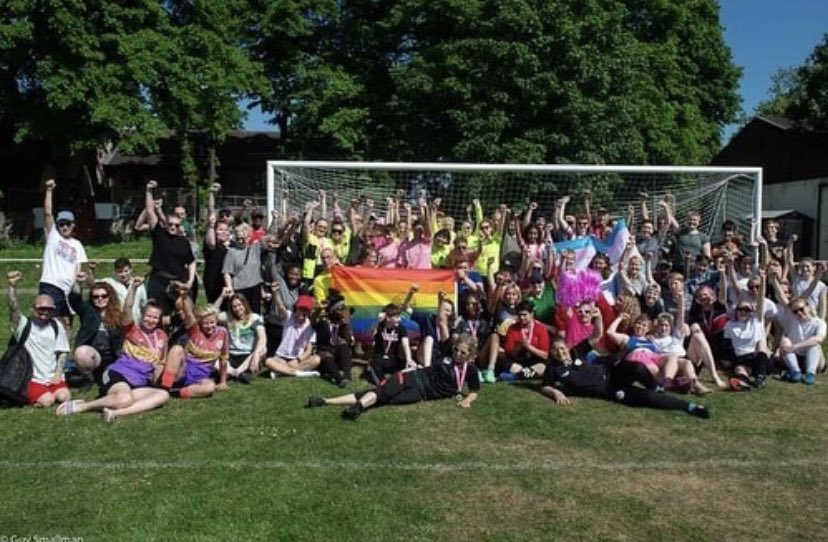 While hundreds of Tons fans and members were at the men’s first team cup final in Uxbridge and the women’s first team league game in Walthamstow, we also fielded three Clapton CFC teams and an Old Spotted Dog Ground Trust side in this tournament too.

What an incredible day! Thank you all so much to all the teams and spectators for coming out to support us, raising £440.50!

All proceeds went to the Outside Project, London’s LGBTIQ+ Community Shelter, Centre and Domestic Abuse Refuge.

On the field the winners were Limehouse FC, beating the Old Spotted Dog side 2-1 in the final. Congratulations to them and thanks to all who organised.