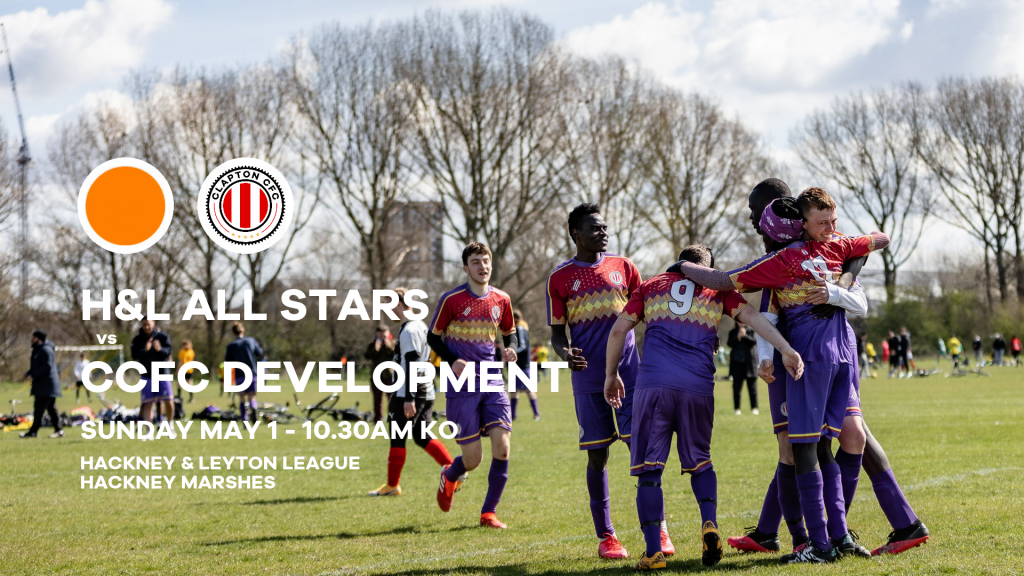 Before the women’s first team’s semi-final on Sunday afternoon, our title-challenging men’s development team have a huge game against Hackney & Leyton Allstars in a top-of-the-table clash.

The MDT currently sit top of the Hackney & Leyton League Division 3, while our opponents are in second place – 4 points behind, and we have a game in hand. But with only 4 games of the season left every point matters.

H&L Allstars have been a bit of a bogey side so far, with both previous meetings ending in defeat for the Tons. Given that the end of the season and squeaky-bum time is fast approaching, this game could go a long way to deciding who ends up with the title.

Fans are very welcome to come down and support. Kick off is at 10:30am on Sunday May 1. We won’t know the exact pitch until the morning of the game, so keep your eye on the club’s Twitter account for the pitch and a map.

The huge victory against another title rival in The Gun on Easter Sunday saw many Tons fans make the early morning trip down to Hackney Marshes, with other teams playing at the same time commenting on how loud the cheer was when the winner went in.

The players also massively appreciated the extra support, and with this game expected to finish around 12:30pm, there’s plenty of time to then make it to the Stray Dog for the huge semi-final for the women’s 1st team.

Hackney Marshes is a public park so please be mindful of this if you do come to watch – no pyro, glass bottles, and be aware of the many other games that will be taking place.

The team has already started producing players for Geoff Ocran’s first team – the likes of Samba Badjana and Fama Sangare were mainstays last season, and this season Fionn Glancy, George Bennett and James Pavely have all got minutes for the first team.