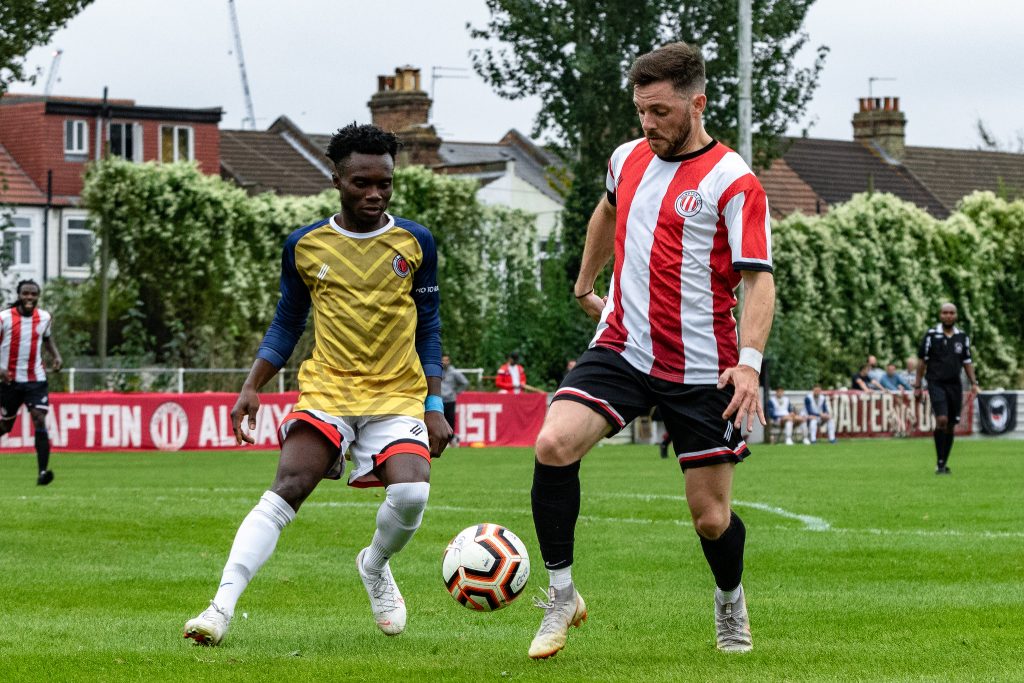 The men’s first team play in the Anagram Records Trophy this weekend, away at NW London.

The match is taking place at the unusual kick-off time of 7.45pm on Saturday night, at Haringey Borough’s Coles Park.

Tickets are £8 for adults, £5 for concessions (under 18s and over 70s) on the night. Tickets bought in advance via Eventbrite are £6.

These are the most expensive tickets we’ve ever had for a Clapton CFC game.

Over the last few days, we have discussed lowering these prices with NW London in order to maximise their gate income, but they are content with their choice.

Since the prices were announced on Twitter, many match-going CCFC members and fan groups including Brigata Ultra Clapton, Gravy Ultras and Clapton Punks, have said it is too expensive for 11th tier football and will choose not to attend.

The men’s first team players and management are fully supportive and understanding of all who feel this way.

As a result, this one is likely to be a low-key game.

But we have some huge games coming up…

The men’s first team have two huge cup semi-finals at home coming up in quick succession after this weekend, so stick them in your diary now!

Firstly, we play Cricklewood Wanderers on Saturday, February 25 in the Alec Smith Premier Cup semi-final at the Stray Dog.

Then the following Saturday, March 5, we take on Woodford East in the Wadham Lodge Stadium in the BBC Essex Premier Cup semi-final.

Admission for both will be free as usual, with donations welcome, a suggested £3 for adults.

Other CCFC games this weekend…

Our women’s development team are in cup action against Goal Diggers on Saturday at 11am. It’s at Clapham Common Northside, spectators welcome.

Our men’s development team play Millfields in the Hackney & Leyton League on Sunday at 10.30am down on Hackney Marshes, spectators welcome.

Then the women’s first team travel to Sutton United U23 on Sunday at 2pm in the Capital Women’s Cup quarter-final. It’s at Banstead Athletic FC’s ground and entrance is free.