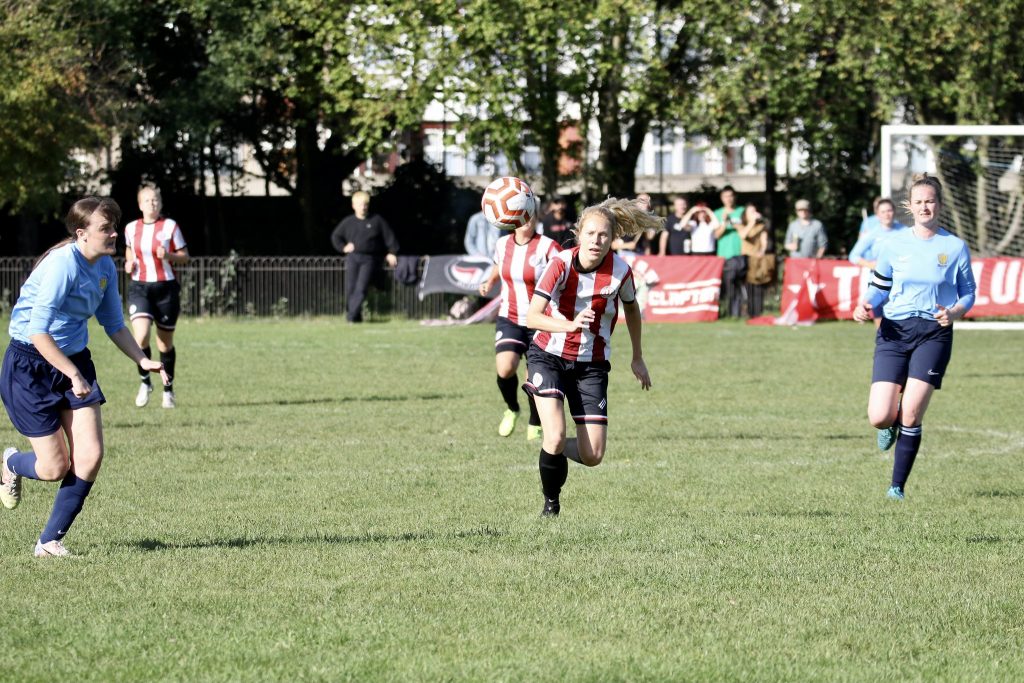 Update: The game has been postponed, we’ve been informed that the Saddlers Mead pitch is waterlogged. Apologies to all who were due to travel.

It’s back to the league campaign for the first time in over two months for the Clapton CFC’s women’s first team with an away trip to Headstone Manor on Sunday.

After the epic cup run, some postponements and a Christmas break, the team returned to action last Sunday with a county cup tie against Regents Park Rangers.

At 1-0 down at half-time, it looked like a rare defeat, but a stunning second half performance saw us storm back to win 6-1.

Headstone are newly promoted and have settled in extremely well, nestled in third place in the table so far, just behind CCFC.

We met in October, when we salvaged a late 1-1 draw on the unfamiliar surroundings of the Wadham Lodge park pitch – aka the LRT Sports Ground, aka the Lost Dog.

For the return trip we visit the Harrow-based side who were founded in 2007 and are now playing at their highest level.

Last season they finished second in Division 1 North last season – level on points and just goal difference behind title winners Sport London E Benfica. Agonising. But could they make it a double promotion?

There is a clubhouse with hot and cold drinks available, but aside from that it’s park vibes.

It’s a ten-minute walk from Hatch End station which is 36 minutes from Euston on the London Overground.

Parking is available but limited on the site.