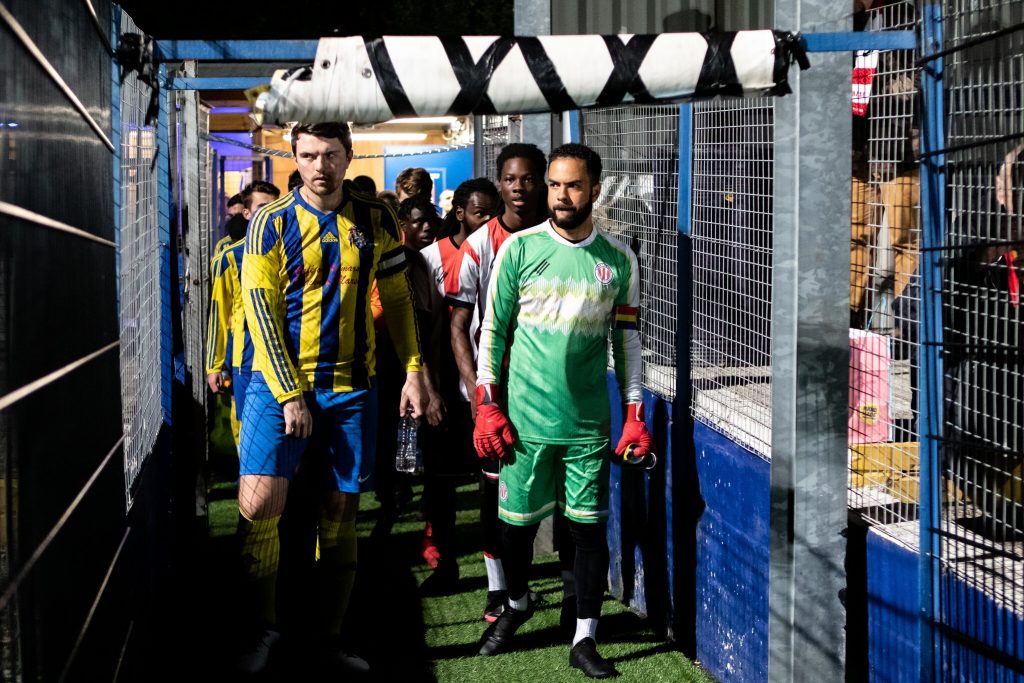 Clapton CFC men’s first team look to get their league campaign back on track with a trip to our near neighbours Sporting Hackney on Saturday.

The end of 2021 was a tricky spell with 3 defeats in 5 games seeing us drop off the top of the division, but 2022 started with a good cup win over Leigh Ramblers.

This will be our seventh meeting with The Parrots in competitive games or friendlies, with the Tons winning 4 to 1 so far along with 1 draw.

There’s been 26 goals scored at either end in those 6 games, so they’re usually a great spectacle.

Our latest meeting was at their new home at Barking FC’s Mayesbrook Park in October in the Alec Smith Cup, winning 5-2 at the time of the petrol shortage but at the cost of some long-term injuries.

This clash is in the league, where the Sporting Hackney are midtable, but would go only point behind us by winning their games in hand. With the top five potentially having a chance of going up, we are both in the promotion hunt.

This game was originally scheduled for Friday night, but has now moved to Saturday to accommodate Barking FC’s fixture change.

Sporting were a fixture on the famous Hackney Marshes since 1986 but left the borough this summer to groundshare at Barking FC’s newly revamped Mayesbrook Park and its 3G pitch.

Doors will open at 12.30pm. Entry is by donation with a £3 suggested for adults, U16s free. Food hut and bar will be open, and programmes available. There will a bucket shake for the Sporting Hackney Mental Health charity project.

The nearest Tube station is Upney on the District Line, which is about a 15 minute walk away through the park, while the 368 bus stops outside. Alternatively there’s a car park with free parking.