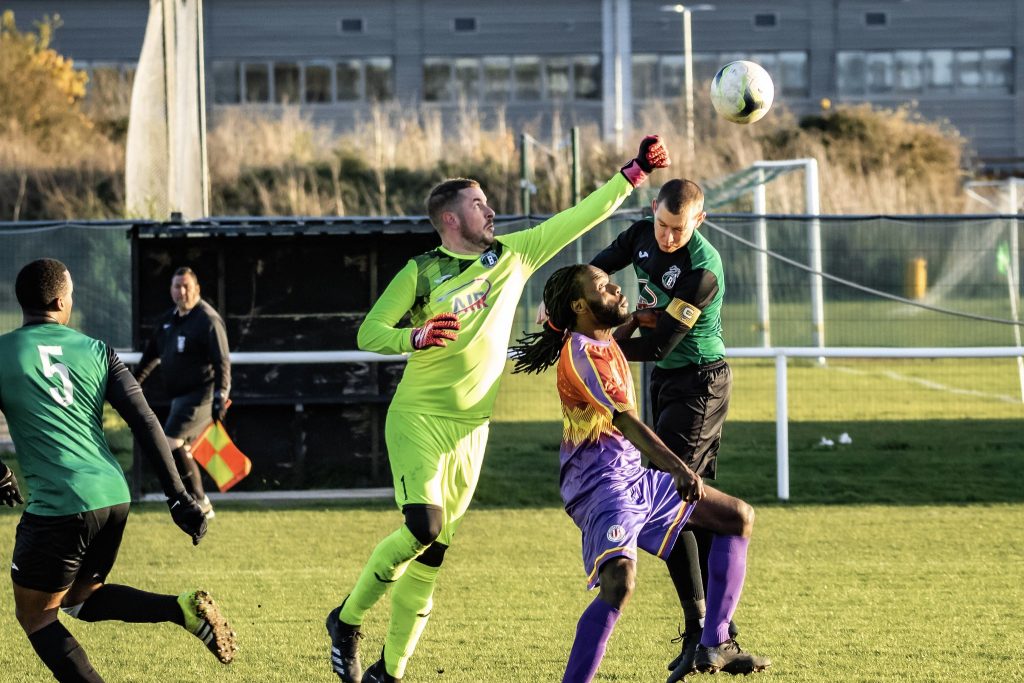 After a disappointing defeat to FC Soma last time, the Tons were looking to get their title challenge back on track against a side they were unbeaten against.

The last time these two sides met they played out a 14-goal thriller/madness, however this time was to be much different.

A bleak December afternoon and a trek to what felt like Zone 87 wasn’t the most enticing prospect, amid the constant roar of landing planes.

An early Clapton goal lifted the mood however, and it came in classic Clapton style – a Sherwin Stanley long throw flicked on into the net by Arthur Wright.

From then on Clapton looked comfortable without entirely dominating but weren’t able to extend their lead.

Just before half time CB hit back. Despite not really having any clear-cut changes they somehow got an equaliser – a mis-hit cross misjudged by the Tons defence and ended up in the net.

The second half followed a familiar pattern, with Clapton dominance, chances not being taken, questionable offsides and a growing sense of frustration. Then came the sucker-punch.

A CB goal kick was punted forwards, flicked on, and suddenly the striker found himself clean through and left goalkeeper Jack Francis with no chance.

Out of nowhere Clapton found themselves behind, and an equaliser never came, despite seemingly 50+ corners.

A bad day at the office for Geoff Ocran’s side with few positives – one such being the performance of Fionn Glancy, making the step up from the Development team – but with much more work to be done overall.

Attention now turns to the final two games of 2021, the visit of AVA FC this Saturday, before a tough away game against Brentham, a team who have been a constant thorn in the Ton’s side in previous meetings.