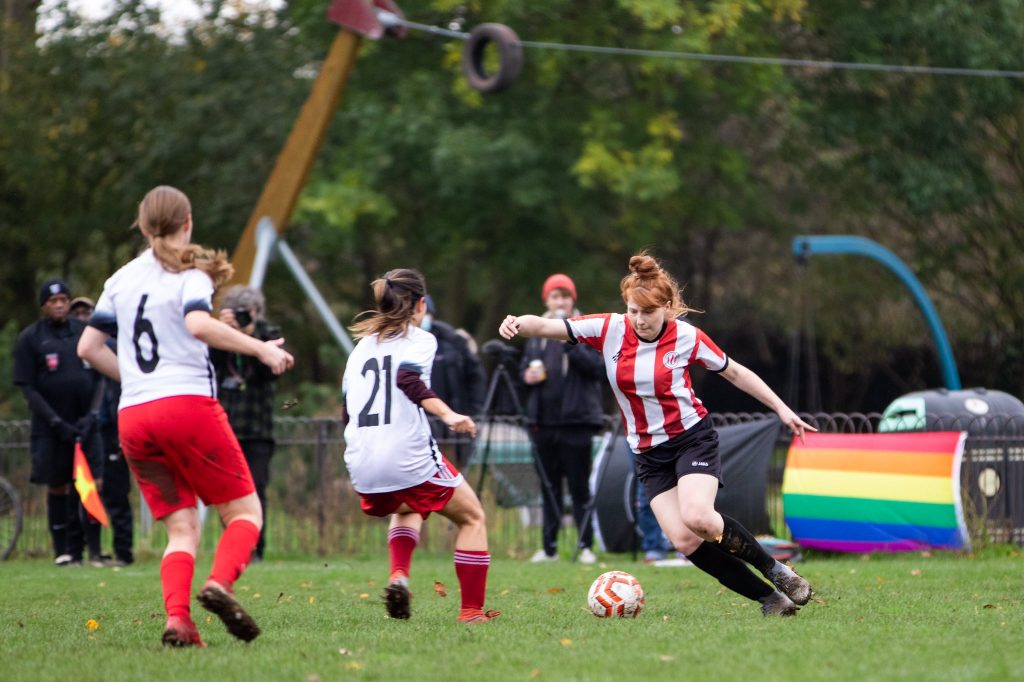 After our Women’s FA Cup exploits, it’s back to the bread and butter for Clapton CFC’s women’s first team with a first meeting with Headstone Manor.

Note that the venue has been switched to the third grass pitch at Wadham Lodge in Walthamstow after recent downpours left the Stray Dog pitch waterlogged.

Our visitors were founded in 2007 and are now playing at their highest level after being awarded promotion last season.

It’s been a decent start to the season, nestled in fourth place so far. They’ve beaten Islington Borough and Walton Casuals Reserves, drawn with Enfield Town Thirds and lost just once, to Comets.

Headstone made their debut in the FA Cup last weekend, coincidentally against Biggleswade United, our opponents in the next round. Having gone 3-0 behind, they clawed it back to 3-2 but just couldn’t find an equaliser.

While this is CCFC’s first game against Headstone Manor, several of the players have faced them before from their AFC Stoke Newington days.

Indeed Emily Link scored in both games between the two in 2018/9, before AFCSN joined Clapton CFC.

That season Headstone won their first piece of silverware when they defeated Comets 2-1 to win the Greater London Womens’ League Trophy.

Headstone, by the way, is a district of Harrow and they play home games at nearby Saddlers Mead Recreation Ground.

We will be playing the game on the third grass pitch at Wadham Lodge, aka the LRT Sports Ground. It’s only 50 yards away from the car park and we’ll direct you from there.

There is no cover but the forecast is good, so what better way to spend a Sunday than watching Clapton in a park.

Before the game, the Young Tons and Akwaaba will play a mixed friendly on the nearby five-a-side pitch, with spectators encouraged.

We will have a mini programme available for suggested £1 donation. The Matchday Centres bar will be open.