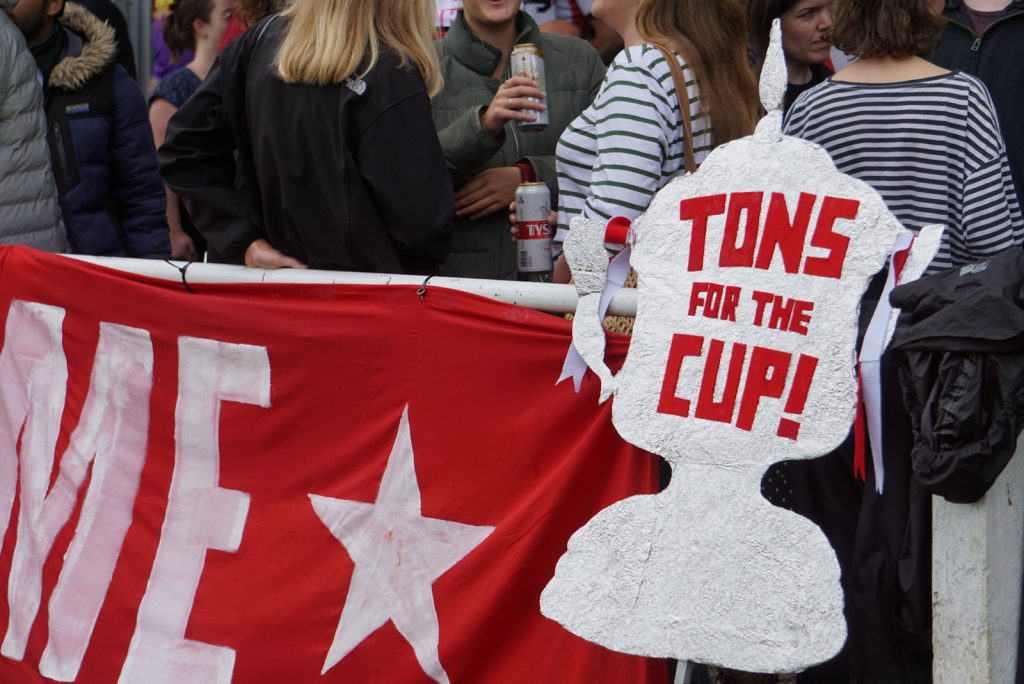 Clapton CFC women’s first team will hope for a big upset after being drawn away to Haringey Borough in the Women’s FA Cup second qualifying round.

Boro play in the Eastern Region Premier League, two levels higher than the Tons, and play their home games at Coles Park on White Hart Lane, like their men’s team.

The tie will take place at 3pm on 3 October after the Tons were given a bye through from the first qualifying round. The kick off is later than usual as Spurs are playing at home at 2pm, just down the Lane.

The Boro women’s team were formed in 2000 through mergers and have had several good runs in the Women’s FA Cup in the past before losing to Tottenham Hotspur and Lewes.

So far this season, they’re in fourth having won 3, drawn 1 and lost 2, scoring 17 goals including 4 for Aaliyah Boyea.

They warmed up for the game with a 7-1 thrashing of St Ives Town on Sunday, while the Tons beat Enfield Town Thirds 11-0.

In our debut season in the Women’s FA Cup in 2018/9, we played two home games at the Stray Dog, winning 6-3 against Margate then lost 3-2 against Oakwood, with a combined attendance of 571.

Last season we missed out on the competition entering due to Covid-related league administration delays but we’re back and ‘only’ 9 wins from Wembley.

Advanced tickets are not needed and admission is free.

You can walk from either in about 20 minutes. Or you can catch bus W3 from either station – journey time about 5 minutes – but best to wait until the Spurs game has kicked off at 2pm when traffic has died down.

Parking is a problem due to the Spurs game and an earlier event at Coles Park but from about 2.15pm you should be able to park in Boro’s other car park, via the entrance on White Hart Lane. It’s £1 per hour.