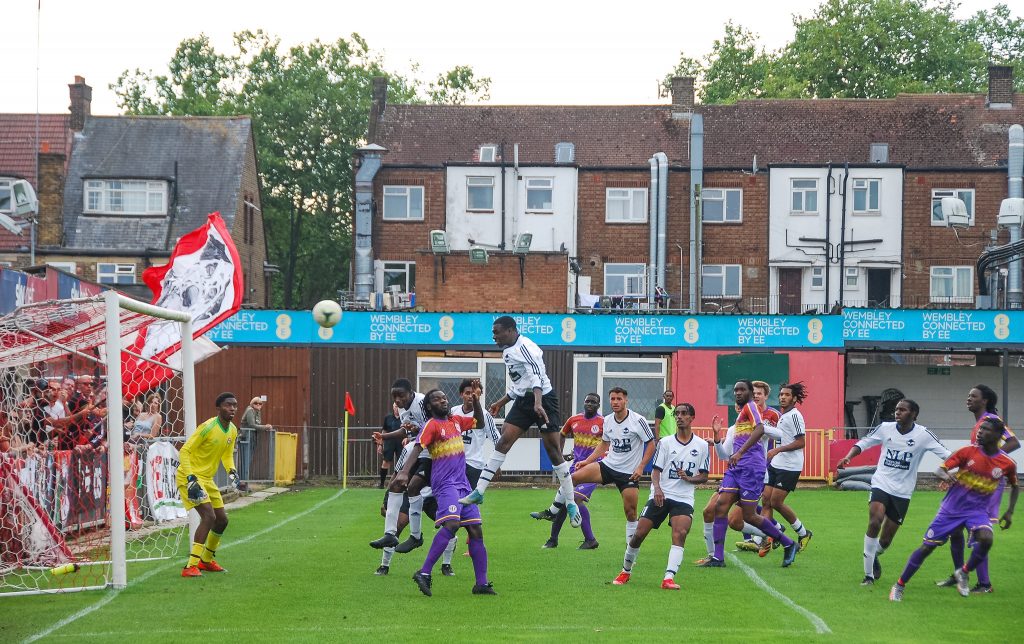 The Tons men’s first team replaced Cricklewood Wanderers at the top of the Middlesex County Football League Premier Division with a fine away win.

Someone’s impressive record had to give – Cricklewood were unbeaten at the top of the table, Clapton were on a run of four wins in a row.

Geoff Ocran’s side had a familiar look with the only surprise being Phil Blakesley making his first appearance of the season on the bench.

It was a nightmare start in the shadow of Wembley Stadium, however, as Cricklewood scored within the first five minutes through Tariq Mahmoud.

But the Tons have confidence and resolve and equalised after just 20 minutes, new striker Fred Taylor poking home for second game in a row.

The winner came in the 68th minute from the penalty spot. Jake Stevens slotted it in the right hand corner with the Cricklewood keeper almost in reach.

Next up we’re back in the Wadham Lodge Stadium to face NW London, themselves in excellent form. Something’s got to give again.