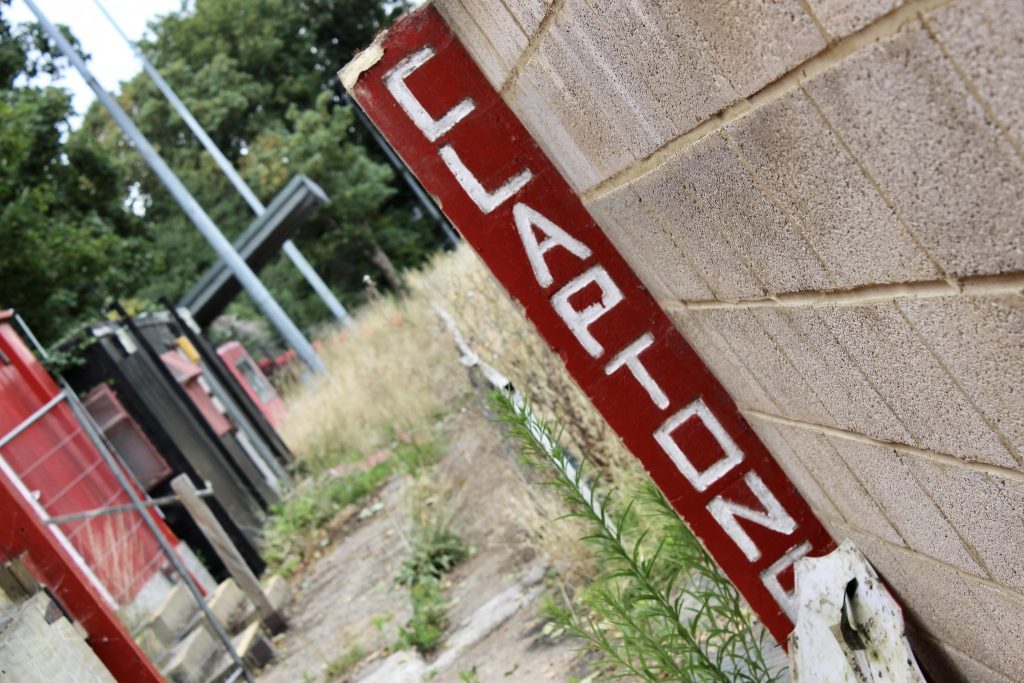 The Old Spotted Dog Ground Trust and Clapton Community FC have appointed consultant Bev Garside to investigate past, present and future issues around the warehouse building next to the ground.

The warehouse, which contains the dressing rooms, was not part of the Old Spotted Dog Ground freehold which the club purchased in 2020.

The warehouse had previously been bought by the charity Newham Community Leisure using a grant from the Foundation for Sport and the Arts.

Although it was purchased specifically to provide sporting facilities for local communities in Newham, it was mainly used by a tyre firm, a breakers’ yard and garage.

The NCL charity is now in liquidation, and lost use of the OSDG after not paying rent, with a long-awaited court case between trustees still to be heard.

The warehouse site is now empty. The original liquidator has stood down and it is now in the control of the Insolvency Service.

The site is, however, part of the footprint of the Asset of Community Value that Clapton fans successfully achieved in 2017.

Meanwhile the OSDGT are working to build replacement dressing rooms within the stadium land owned by the club.

Without use of the dressing rooms, CCFC’s women’s and men’s first teams have been forced to play elsewhere, and are continuing to rent pitches at Wadham Lodge in Walthamstow.

Bev will help CCFC and the OSDGT to investigate the issues surrounding the surrender of the warehouse to liquidators and establish whether there have been breaches in charity law and asset lock.

In particular she will look to establish the ‘journey’ of a publicly funded building to its current position.

Bev is the Director of Empower Support for the Voluntary Sector. She has over twenty years’ experience supporting charities and has been commissioned by major funders National Lottery Community Fund Wales; Heritage Lottery Funds; Lloyds Bank Foundation and Wales Cooperative Centre.

Her specialisms are charitable governance and compliance, leadership and sustainability. Bev sits on the grants panel for BBC Children in Need (Wales). She is a Clapton CFC member.