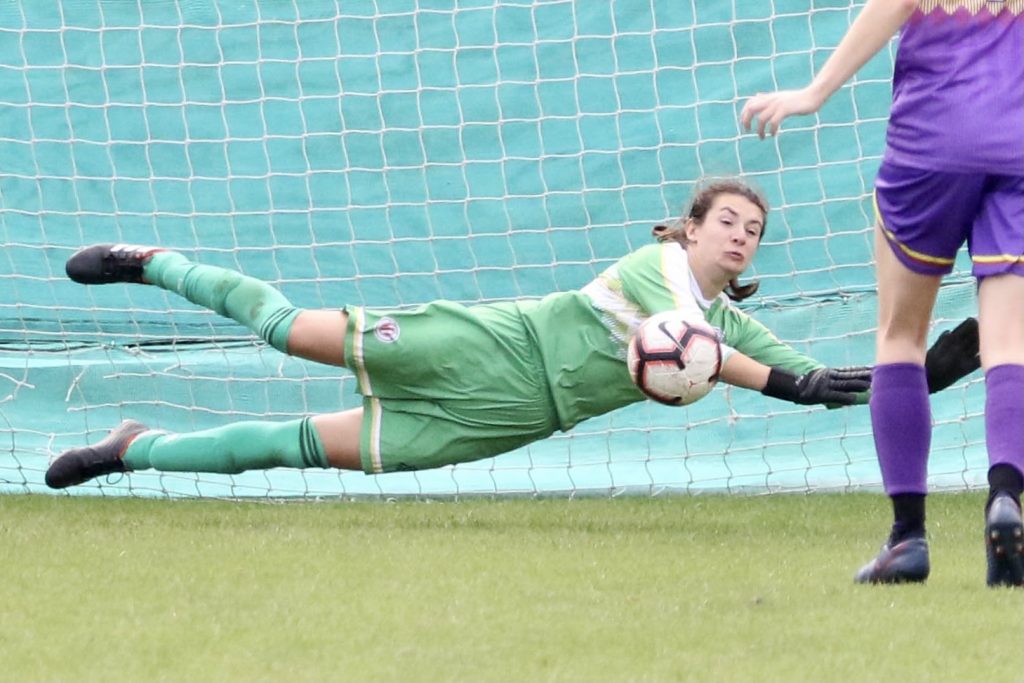 With the last home game against the close neighboughrs fresh in memory, and a great start to the season, the Tons hoped to build on this momentum. Coach Gomes named a strong starting IV, with an equally strong bench.

In 33 minutes we had seen five (5!) goals. Only one minute in, Emily Link rased through on goal and put CCFC on top with an expert finish. Polly Adams had to then make some outragous saves as Boro were trying to crawl back into the game. 10 minutes in, a rebound save made its way to the feet of an oncoming Islington player and 1-1 was a fact.

What followed was the Maria Mendonca show. 18 minutes in she sped past the entire Islington defence to get on the end of a Link cross, and minutes after, she lobbed the keeper with her left (!).

The task started off well, as Adams saved a penalty (it’s her thing), and the rebound sailed over the bar.

However, 33 minutes in, Islington Managed to pull one back, but that was not before the referee asked the supporters to be a bit more quiet as the shouting was disturbing the Islington players.

At half time, the scoreline was 3-2 to the visiting Tons.

Islington came flying out of the starting blocks as the second half whistle blew. The Tons made all their subs to get some fresh legs to keep the Boro attacks at bay, but alas it was in vain.

55-ish minutes in, a long range shot bounced off Adams and ended up at the back of the next. CCFC had a few more chances, but it wasn’t to be. A disappointing draw after such a strong start, but there is a lot to be excited about for this season!