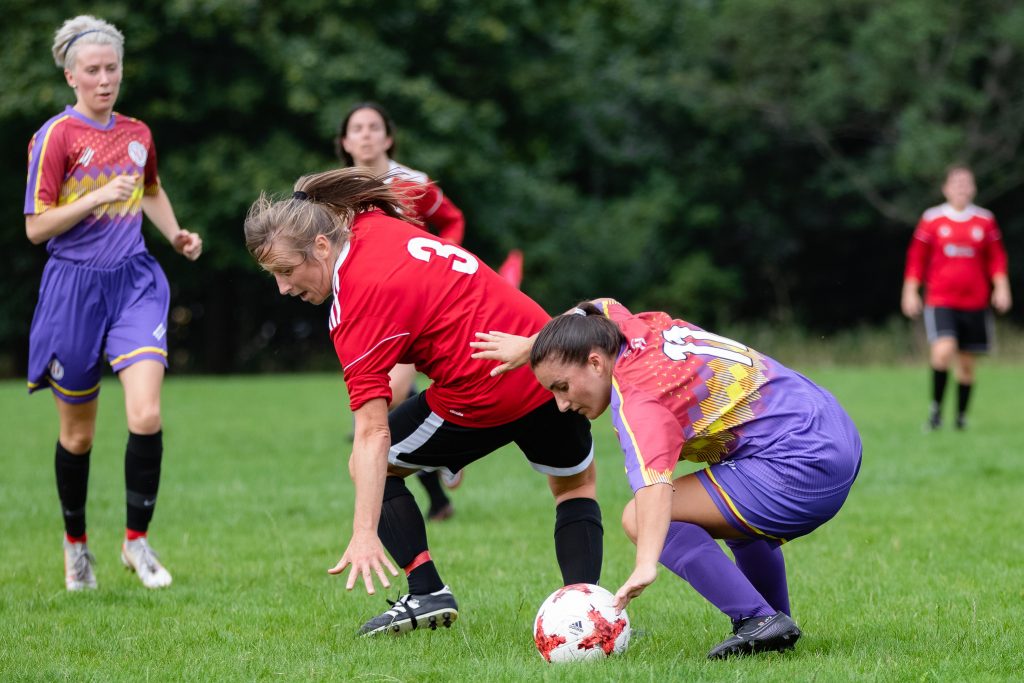 The first league game of the season for the women’s first team is finally here and we welcome new opponents to the Stray Dog on Sunday, September 5.

They were sandwiched between two other sides who have also been promoted to our division, Bromley who were in first, and Walton Casuals Reserves in fourth.

The Sutton United first team plays one level higher than us, in the London & South East Regional Women’s League Division One North.

This season the U23s have had to move from Sutton United’s ground due to the 3G pitch being torn up after the men’s team was promoted to the Football League.

In pre-season they’ve had some big wins – 11-0 and 5-1 – so add that to the promotion and we’ll be facing a side full of confidence.

The Tons meanwhile have played three higher level clubs in pre-season, losing all three including the FC United of Manchester game.

However, they did notch up a big 6-0 win over Upton Park Ladies, two divisions below.

With some departures and new signings, it’s a slightly different CCFC squad. It’s a hard game to call so get behind the team from the start.

I’m very excited to finally start the 21/22 season and with the hopes that it is one where we can play football throughout and with no Covid-19 breaks in between.

We aim high, we aim to win, but not at all costs. We aim to win with organised and exciting football.

Not only do we want the players to enjoy the game, but we also want our fans to enjoy watching us and have the motivation to continue coming back.

Overall, I feel that the team is now better prepared and understand the game to a greater extent and we aim to show exactly that on the pitch against Sutton United U23.

Clapton CFC vs Sutton United U23 is on Sunday, September 5 2021 at 2pm at the Stray Dog, Wadham Lodge, Kitchener Road, Walthamstow.

The Matchday Centres bar will be open, please follow their signs as a one-way system is in operation. You can take your beers out to pitchside, of course.