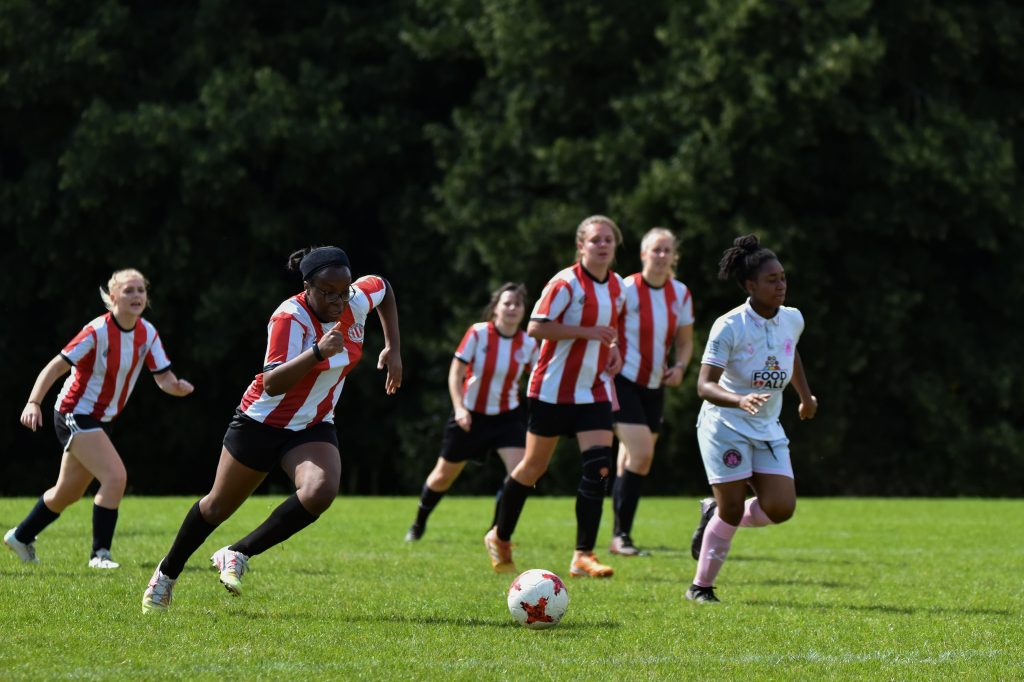 The women’s first team and development teams both took part in a double header friendly against Upton Park Ladies on Hackney Marshes.

Upton Park, who play two levels below our first team, were originally only due to play our development team.

However, the late withdrawal of the first team’s friendly opponents Clapham United caused a rejig.

First our development team took on Upton Park in a 60 minute friendly, beating them 1-0 thanks to a goal by Teju Callisto.

Then our first team played the same Upton Park side in another 60 minute friendly, winning 6-0 with five goals from recent signing Camila Marcolino and one for Maria Mendonca.

A good workout for all three sides then, particularly Upton Park Ladies for playing back to back, and huge credit to them for that.

The women’s first team will be looking to add more friendlies ahead of the league start on September 5 at home to Sutton United U23s.