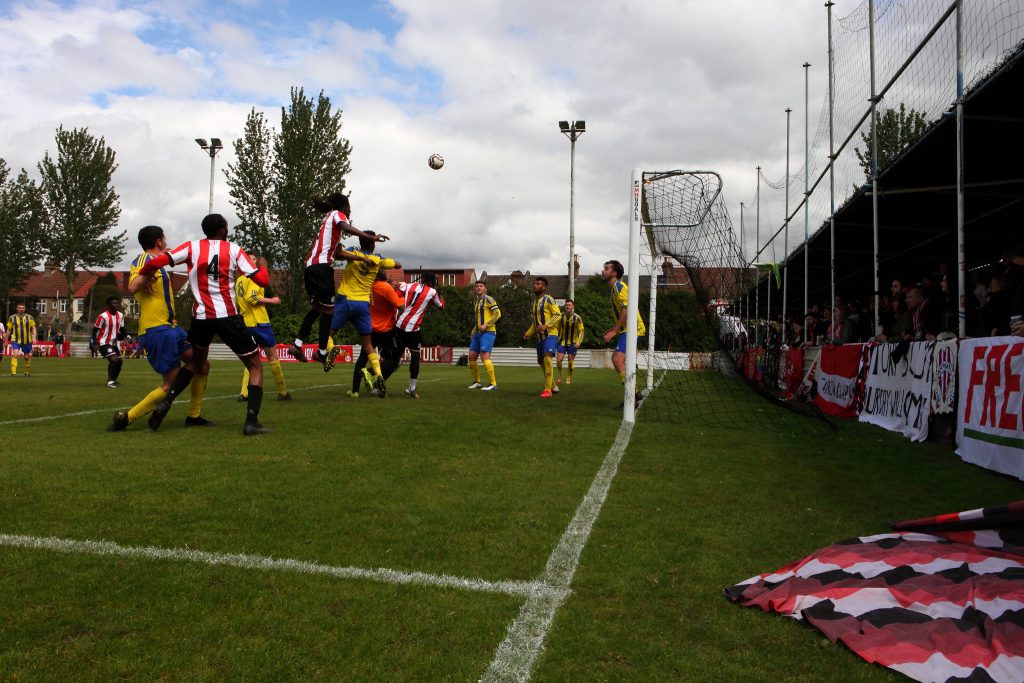 The men’s first team’s bid for silverware is out of their hands after being held to a draw in the final game by local rivals Sporting Hackney.

A win would have sealed the Middlesex Super 6 League title – but this 1-1 stalemate leaves the Tons reliant on AEK London dropping points in their final game on Saturday.

As season finales go, it was of the slightly underwhelming, Line of Duty variety, though the result felt less important than the return of fans – over 500 of them – for the first time in 2021.

After a Covid hit year, it was the biggest crowd that many of the side had played in front of, and player-manager Geoff Ocran later admitted the occasion might have affected some.

The only change to the starting line-up from last week saw Ocran start in place of Prince Kwakye in midfield.

In an action-packed early period, the Tons’ midfield engine Samba Badjana threaded a lovely ball through for Josh Adejokun, but his shot went straight to the keeper.

Then in the 10th minute, Parrots striker Lewis Emanuel was first to pounce on a long free kick up field, nipping in between defender Stefan Kilron and goalkeeper Jack Francis.

CCFC had two loud appeals for penalties waved away, and a sweet free-kick from in-form Jake Stevens pushed over the bar, before levelling after 25 minutes.

Stevens floated a corner to the back post, where striker Noah Adejokun rose highest to head it past the keeper.

Parity now restored after that soft early goal, and most of the capacity crowd expected the Tons to kick on in the second half.

In the 54th minute, Musa Manneh bundled the ball in from close range after strong work from Badjana and Stevens, but the referee controversially ruled it out for offside.

Despite plenty of possession, chances were at a premium for the rest of the half, and the game petered out, while Noah Adejokun was carried off with an injury.

So the makeshift Tons squad for this tournament just fell short of the required win, but Ocran was nevertheless proud they’d finished unbeaten.

With 3 wins and 2 draws in the Middlesex Super 6 League, and nine games unbeaten, it’s been a successful, though very short, season anyway.

And if Sporting Hackney do us a solid, and don’t lose to AEK London, we will pick up the trophy anyway.

Thanks to all who donated to the bucket shake for Medical Aid for Palestinians, which raised £787.04, and to the food and toiletries collection for Magpie Project.

Roll on 2021/2022, with a return to the Old Spotted Dog Ground once it’s fit and ready, and hopefully promotion pushes for both our first teams.

536, consisting of 500 home tickets, 25 away tickets, plus matchday volunteers.