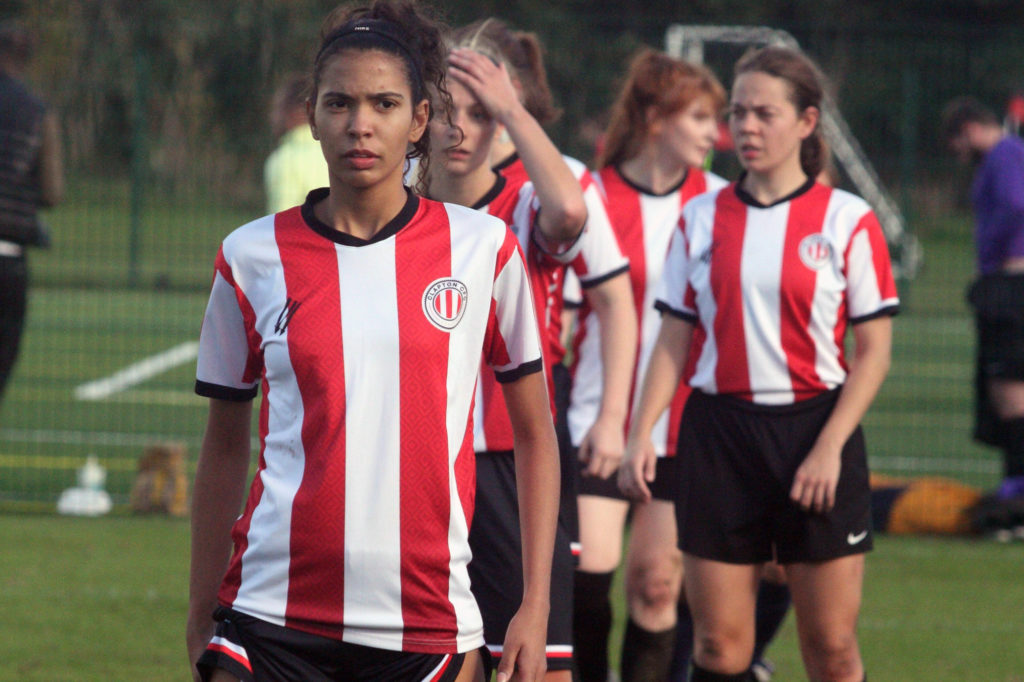 Last week, the Greater London Women’s Football League presented their proposal to all teams at an extra general meeting on Zoom.

The league would be split into two, top and bottom, based on points per game averages. The top half teams would finish their fixtures against other top half teams, but would not play any more games against bottom half teams, and vice versa.

The Clapton CFC squad ran a poll among themselves and voted strongly in favour of the GLWFL proposal.

In total 37 of the women’s teams voted for the continuation of the season, with 7 nos and 6 maybes. So it’s game on!

The only team in the Premier Division to opt not to continue the season was Comets, so their results have been voided.

After 8 games played, and one walkover awarded to Walton due to positive Covid-19 cases in our team, Clapton’s point per game average was 1.67, which put us in the top half.

This is the case even though we have been deducted four points due to international clearance issues.

We have played each team in the division once, meaning we only have four more games to play this season against the other teams in the top half – Walton Casuals, Enfield Town Reserves, Brentford, and Dulwich Hamlet Reserves.

The first game will be on April 18 against Walton Casuals, followed by a trip to Enfield Town Reserves a week later.

On May 2, Clapton take on Dulwich Hamlet Reserves, where the Tons will be looking for revenge for the narrow defeat they suffered in the first game of the season.

CCFC will finish the season on May 16 with a trip to Brentford for the first time in the two seasons they have been playing in the same division.

All games must be played behind closed doors after the FA clarified that adult non-elite and grassroots football cannot have spectators until at least 17 May, just after our season finishes. Hopefully we will be able to provide live stream coverage, however.

There will be no relegations and no automatic promotions, but the FA is considering moving teams up divisions in the pyramid based on applications.

The women’s development team’s season has been declared null and void but most of our other teams are due to restart – take a look at our round-up of the return to football action.