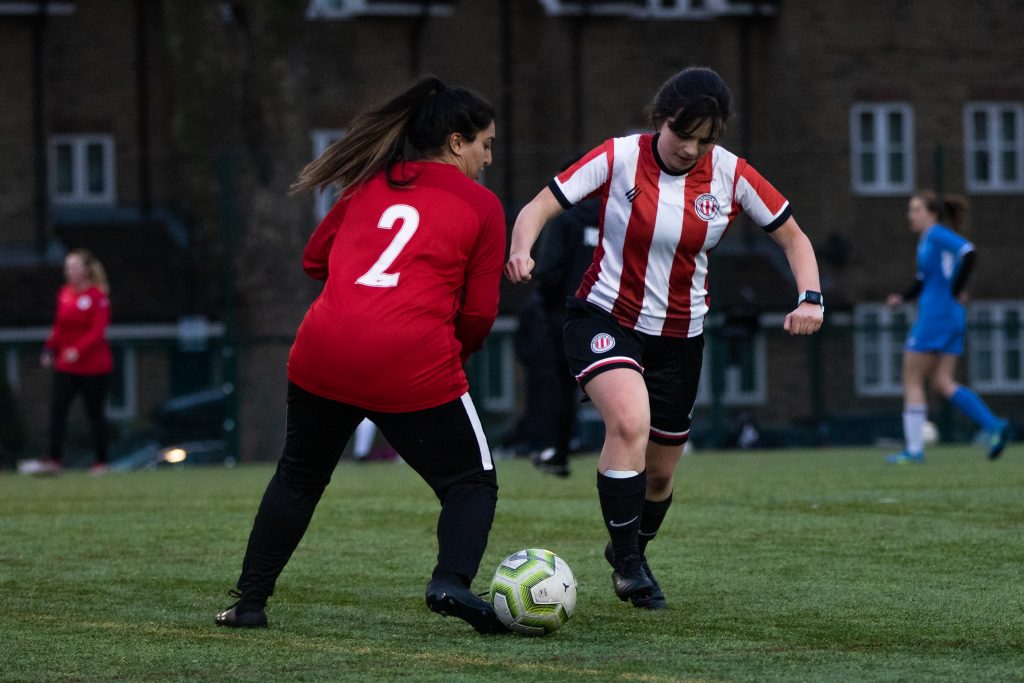 Clapton CFC Flexi 5s got their title defence back on track with a convincing 6-1 victory over friends and regular rivals MSA & Frenford on Thursday night in the Super 5 League Flexi league.

Tons were bolstered by a strong line-up and impressive subs bench but got off to a stuttering start with both teams lacking cohesion and unable to maintain passing moves or attacking combinations.

However Clapton were first to shake off the cobwebs and Sinead’s attacking runs down the right channel were finally rewarded with a goal from a well struck shot under pressure from two defenders.

This inspired the Tons and Rhianne came off the bench to add a brace before half-time. Rhianne then completed her hat-trick shortly after the restart, as waves of Clapton attacks put her in front of goal to finish.

Lauren joined the attack as Clapton kept up the pressure, allowing Rhianne to score a further two goals to take her match total up to 5.

MSA & Frenford did not give up and forced a succession of late corners from which they scored just before the final whistle.