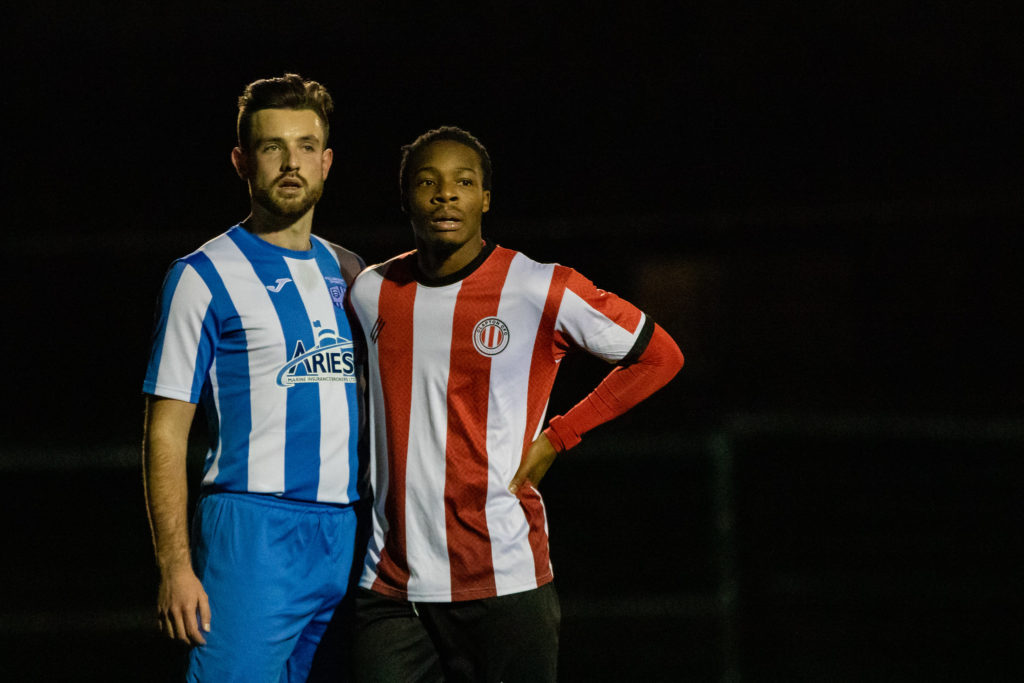 Clapton finally made it past the first hurdle of the BBC Essex Premier Cup at the third time of asking with a comprehensive victory over a youthful Hullbridge Sports Under 23 side.

The past two seasons has seen the Tons go out in their first game. Firstly, a 5-4 defeat in a terrific match at home to Hutton, then a defeat at Runwell Sports last season.

That one proved controversial as the Tons won but the game was ordered to be replayed as the ref had allowed roll-on roll-off subs, against competition rules.

There was to be no doubt this time however, as a polished performance from the Tons saw off Hullbridge with three unanswered goals, and a clean sheet to boost.

The victory was even more impressive given the form Hullbridge Sports Under 23s are in – a point off the top of the Essex Senior League Reserves section, with games in hand.

The game was meant to be at Hullbridge, but by midweek it was already looking unplayable. So rather than a likely postponed game, the game switched to the 3G pitch at Wadham Lodge in Walthamstow, which with the 4:15pm kick off time meant a rare game under the lights for Clapton fans to enjoy.

The visitors Hullbridge (although technically this was their ‘home’ game) started the brightest, having the ball in the net after a rebound from a Jack Francis save, however it was quickly ruled out for offside.

The youngsters of Hullbridge were spirited, but with Jimi Oshin bossing the midfield for Clapton there was definitely a feeling of ‘men against boys’.

The Tons’ own youngsters, Noah Adejokun and Fama Sangare also put in impressive performances, as did the slightly more senior Charlie Fagan, staking their claims for a spot in Geoff Ocran’s next squad.

Clapton took control of the game and never really looked back, finding themselves 2-0 up at half time.

The opening goal was a lovely Noah Adejokun chip over the keeper, much to the delight of the fans spread round the 3G cage.

The second came from a surprising source, left back Tafari Nicholas found he had the whole of the Hullbridge box to himself, and smashed in past the keeper emphatically.

The second half was quieter, with Jack Francis making his usual outstanding save that seems to happen at least once every week.

Just as the game seemed to petering out, substitute Reece Bartholomew picked the ball up on the right-wing, drove into the box, beating a few players in the process, before perfectly placing the ball past the keeper at the near post. 3-0 and job done.

The Tons will travel to Billericay Town U23’s in the next round, and after pleasing performances from some squad players, manager Geoff Ocran has a lot to think about ahead of the Tons next game against Sporting Hackney on 19th December.