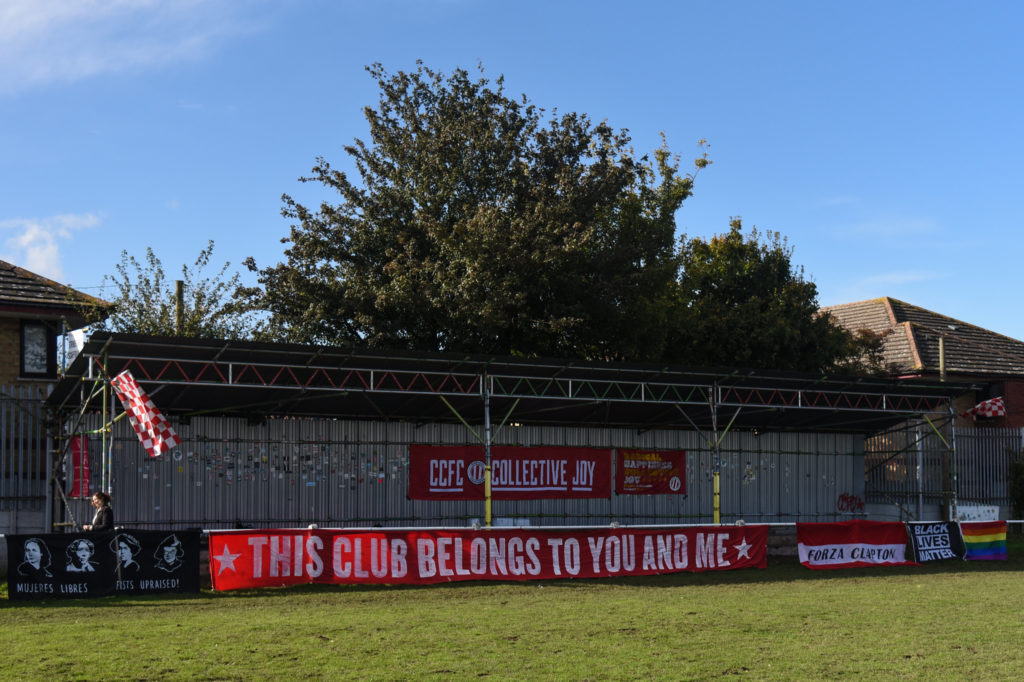 The football season is set to restart from this week for Clapton CFC’s teams.

London has been placed in Tier 2 restrictions, which means grassroots football can return from December 3rd, but under strict conditions.

The matchday Covid-19 rules for spectators and players, which were in place before lockdown, will continue to apply.

All of our scheduled opponents are also in Tier 2, which means all leagues and cups are due to restart.

The tiers are due to be reviewed every two weeks. If London goes into Tier 3, football will be taken away from us again.

One of the few bright spots of the past few months for many of us has been the return of grassroots football.

For that to continue, players, staff, members and spectators – all of us need to stick to the rules on distancing and hygiene.

Both collectively and individually we need to take responsibility and ensure we’re doing all we can to keep everyone safe.

Here is the situation for our teams, as it stands…

The women’s first team will begin again on Sunday, December 6th at Comets at Regents Park. As it’s a large public park, socially distanced spectators will be allowed.

The following week the team are due to visit table-topping Walton Casuals, who previously were able to safety accommodate spectators before lockdown so hopefully can again.

On Sunday, December 20th, the team are due to play at home against Dulwich Hamlet Reserves. Ticket news to follow in due course.

The men’s first team were due to restart away at Kensington Dragons on Saturday, December 5th, but the home side have postponed it as they want a week of training after lockdown. Watch this space for any update on a new fixture.

On Saturday, December 12th, the team are due to visit Hullbridge Sports U23 in the BBC Essex Premier Cup. Hullbridge in Essex is also in Tier 2. We will find out the spectator situation soon.

On Saturday, December 19th, the team are due at home for a pre-Christmas derby against Sporting Hackney. Ticket news to follow in due course.

The women’s development team are due to restart on Saturday, December 5th with a cup game against LFA Dynamos.

They are then due to play SGS XI the next Saturday, December 12th, in the league.

We are awaiting confirmation that the games are going ahead. As all games are on Clapham Common, socially distanced spectators would be allowed.

The men’s development team has been allocated fixtures from Sunday, December 6th on Hackney Marshes. They will play Athletico DFZ, a week later Fish Island, and then North East Lions.

Socially distanced spectators are allowed, but only around 30 per game on the marshes.

The fixture lists for our Flexi 5s and Beginners 5s teams have been updated.

All games are at Mabley Green in Hackney, which is not open for spectators.