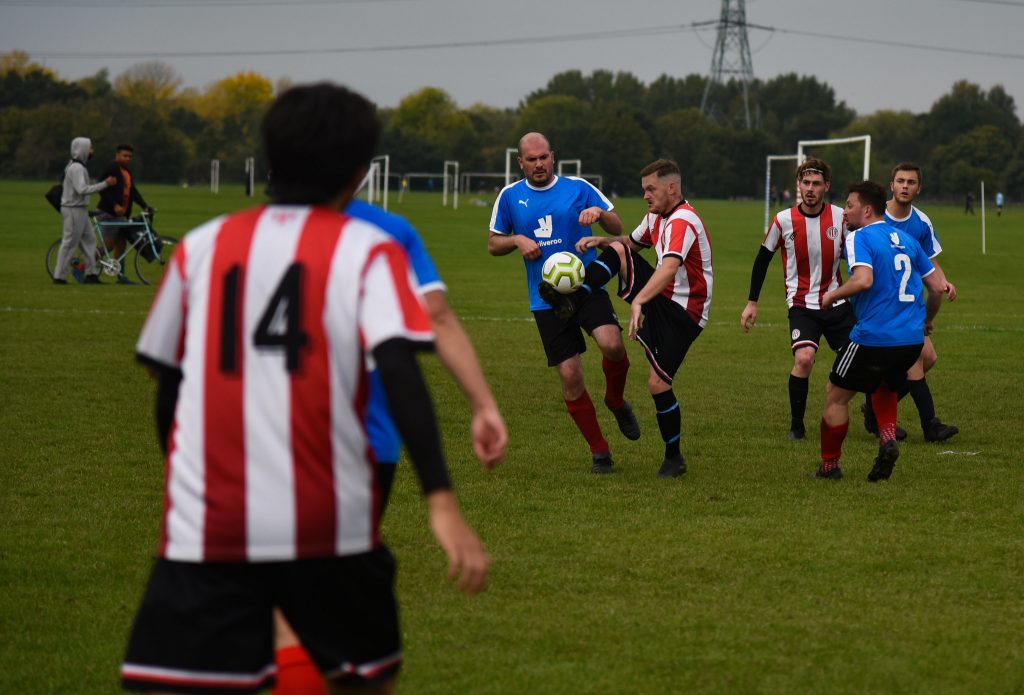 A hat-trick from Ben Stannard and a goal from Noah Adejokun sealed a hard-fought win on the first game of the season.

The new men’s development team are starting life in Division 3 of the Hackney & Leyton Sunday Football League on Hackney Marshes.

Bow Badgers went 1-0 up early on with a great breakaway goal, a long ball superbly controlled and slotted past the on-rushing Anfossy.

And for a sizeable chunk of the first half, the Badgers heroically defended their slender lead, even with the Tons virtually camped in their half.

But before half-time Clapton drew level with a penalty, slotted home by striker Ben Stannard.

The Badgers goalkeeper was booked, though it was unclear if it was for the foul, or for loud growling as he tried to put off the spot-kick taker.

In the second half, Stannard scored two more, while super-fast sub Adejokun scored and generally tormented the tiring Badgers defence.

Pkenty of stand-out performances for Geoff Ocran – who was watching from the touchline as an unused sub – to consider for the first team.

A thoroughly enjoyable game with half a dozen other men’s first team players downto support the new Tons.

If you fancy an early Sunday morning stroll in the park, there’s nowhere better than Hackney Marshes with a talented team representing our club.