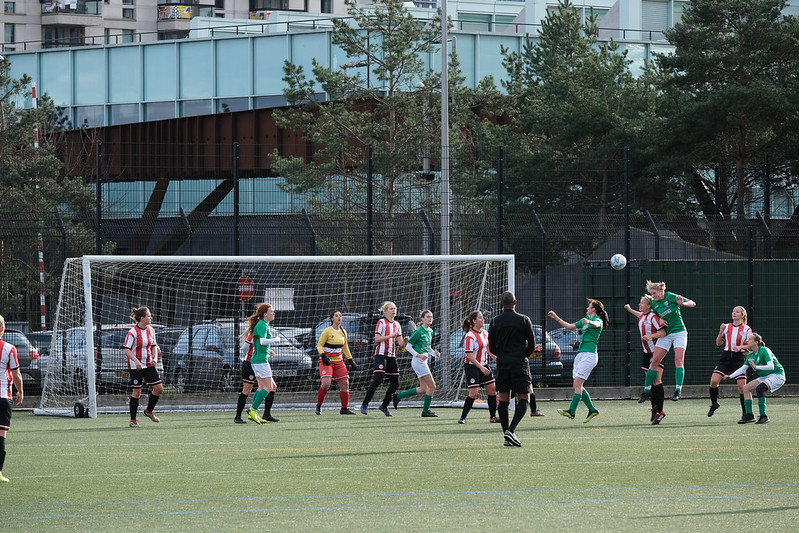 This weekend, the women’s first team travel back out west to Feltham (somewhere near Wales we think) to take on Hampton & Richmond Borough. It will be their fourth match of the GLWFL Premier season.

This is just about the earliest you can actually look at a league table and read anything into it.

But after big wins at home to Crystal Palace Development and away at Regents Park Rangers, the Tons are sitting in second. And it looks good.

(Yes, we know most teams have played a game less than us. Shhhhhh.)

Sunday’s opposition started off as a youth team of Chessington & Hook FC in 2002. Then they were briefly part of Tooting & Mitcham FC. Finally, in 2006, they affiliated with Hampton and Richmond Borough FC, whose men’s team currently play in National League South.

Borough were in fifth place when last season was suspended. They finished third the season before that.

But the team nicknamed the Beavers haven’t started so eagerly this time round.

After losing 3-1 to Walton Casuals on the opening day, they went down 2-0 to Dulwich Hamlet Reserves. Then last weekend Crystal Palace Development beat them 3-0.

That leaves HRBWFC rooted to the bottom of the table, alongside Comets, the only other team yet to register a point.

The Tons didn’t get the results they were looking for against Borough last season.

Away, they played well, but it took a late Zhane Amoaten strike to salvage a point. Back at ‘home’ (the venue had to be changed to Chobham Academy due to the state of the Soggy Dog, sorry, Stray Dog) the Beavers edged it. Having led 3-2 at one stage, the Tons lost 4-3 in a topsy-turvy match ravaged by strong winds.

Spectators are allowed, but only around the outside of the cage and there is limited standing room.

Our hosts will be using the NHS Track and Trace app.