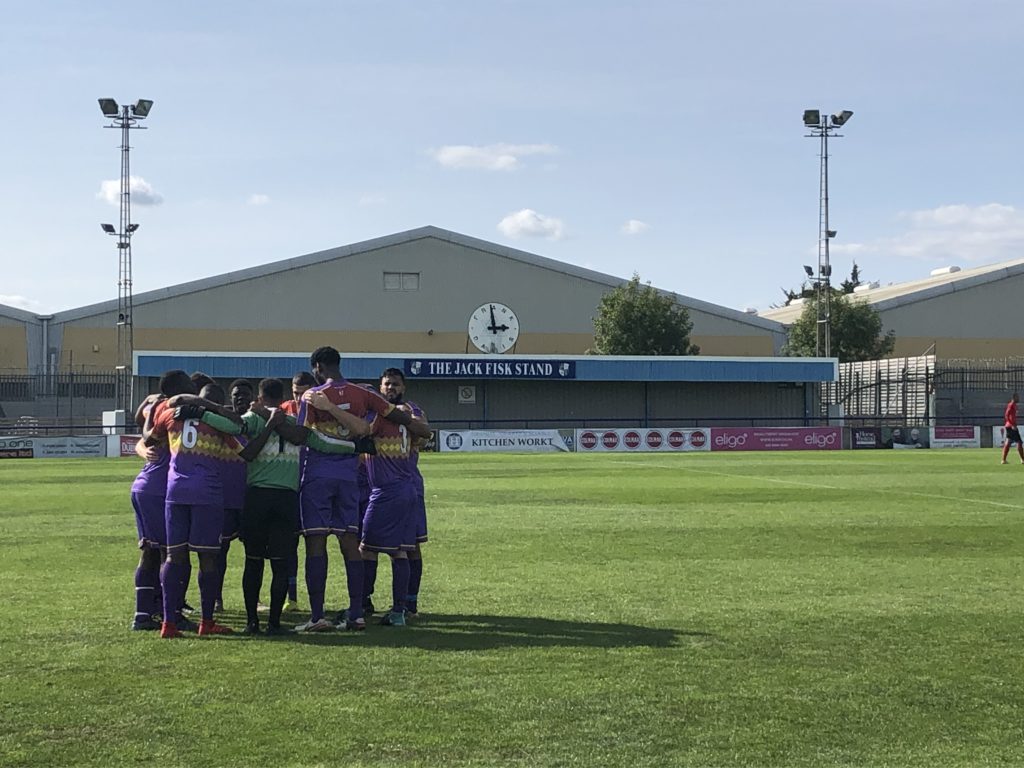 Pre-season is all about improving match fitness rather than results, so hopefully this thrashing won’t have knocked confidence ahead of the new season.

While players such as Sherwin Stanley, Eliot Crosbie, Josh Adejokun and Lewis Owiredu were missing, player-manager Geoff Ocran was still able to pick a strong line-up for the visit to Enfield Borough.

The Panthers are one level above us in the Spartan South Midlands League, but the Tons had beaten another Step 6 side, Hackney Wick, two weeks ago and wanted another tough challenge.

However, the Tons were completely undone by a nightmare 20-minute spell in the first half with four goals conceded, including several gifts from unforced, defensive errors.

The management will be happier with the second half, a tighter contest with chances at both ends but two further late goals for the ruthless hosts.

Full credit to Enfield Borough, who were a class above on the pitch, and excellent hosts off it. They even had a drone filming…

Enfield Borough have uploaded their six goals to Instagram.

Geoff Ocran and Stu Purcell were honest in their appraisal afterwards.