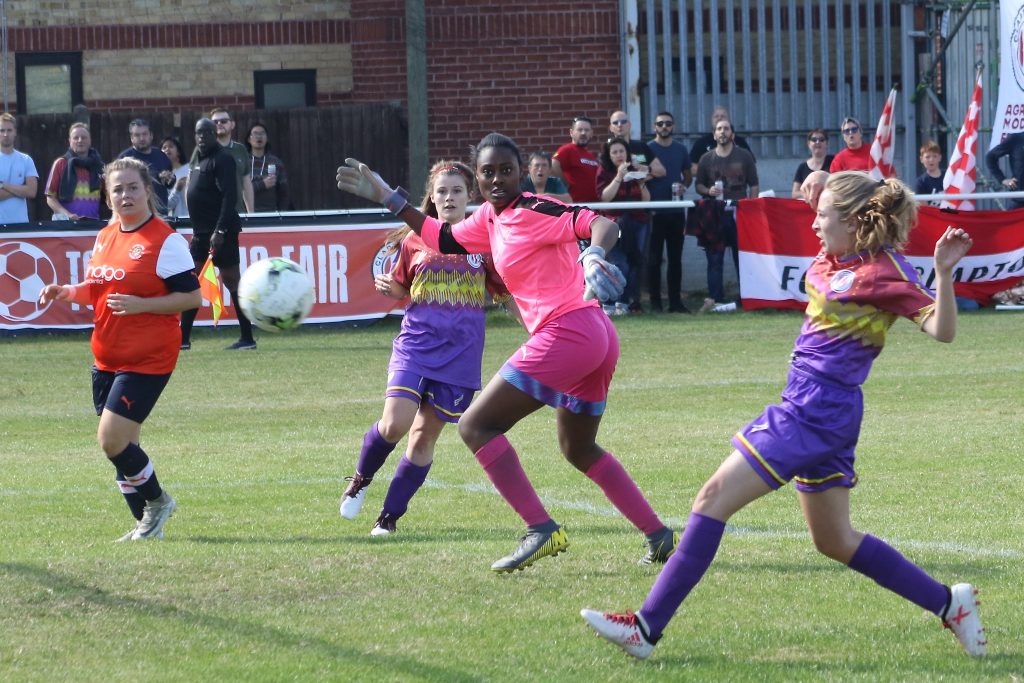 The Clapton CFC women’s team face crucial games against the teams directly above and below them as they battle against the drop.

Two teams will be relegated from Greater London Women’s Football League Division One.

The Tons – who last week parted company with head coach Patrick McLaughlin – are second bottom at the moment, though with games in hand.

First up is this early kick-off away at bottom of the table Luton Town Ladies on Sunday, March 15th.

Clapton CFC got their Greater London Football League season off to a flying start with a 4-0 home demolition of LTLR in sunny September.

We scored twice in the first half through Ana Holmes before Naomi Scriven got a double after the interval.

Our opponents were founded in 1997 as a girls section of Luton Borough Youth, before changing name in 1998 to AFC Luton Youth.

In 2000 they officially linked up with professional men’s club Luton Town FC and called themselves Luton Town Belles. In 2006 the name was changed to the current Luton Town Ladies.

The first team play in the fifth tier of women’s football, the Eastern Region Women’s Football League, two steps above our own level.

The first team and reserves train and together play home games at Stockwood Park Athletic Centre.

It’s set in acres of parkland made from the grounds of what was a stately home from 1740-1964 with walled gardens, a museum and a rugby club also on the site.

Luton Town Ladies Reserves team competed in division one last year, finishing seventh, but have found it tougher this season with four points to their name.