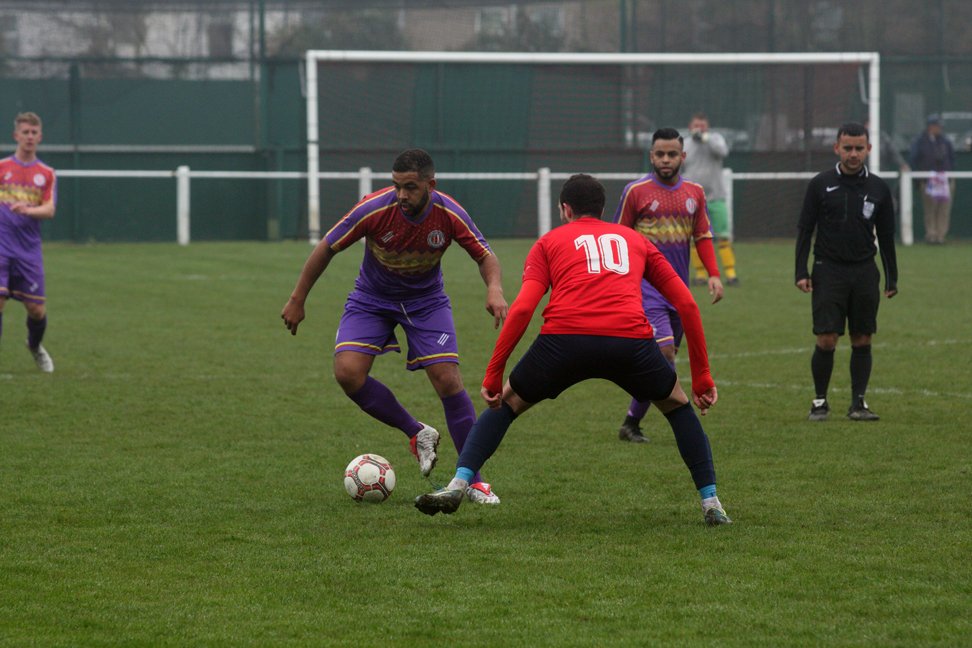 Clapton CFC men’s team players and coaches are in mourning for their friend and team-mate Rob Teppett.

Teps, as he was known to family and friends, died in late January, apparently having taken his own life.

He was the assistant manager, coach and player for the St Margaretsbury FC reserve team.

Over the years, several of the CCFC squad played alongside him, including Cemal Agdelen, Geoff Ocran, Sham Darr and Eliot Crosbie.

And last season, Teps turned out for Clapton CFC too, playing up front in our international home friendly against Sant Miquel.

Rob’s funeral is due to take place on Wednesday, February 12th.

At our next men’s team home game on Saturday, February 15th, we will also be holding a minute’s silence for him.

The men’s team player/manager Ocran said: “He was a close friend of both management and the playing squad and will be sorely missed so we dedicate this game to his memory.”

The family are asking for any charity donations to be made to Football Beyond Borders, a charity doing work in an area that he felt strongly about.

Football Beyond Borders (FBB) is an education charity, which uses football as a tool for engagement to tackle the root causes of low educational attainment, poor school attendance and challenging behaviour.

The family have a fundraising page set up HERE and we will have a bucket collection at the men’s team home game.

St Margaretsbury honoured Rob’s memory before the start of their first team and youth team games with a minute’s silence.