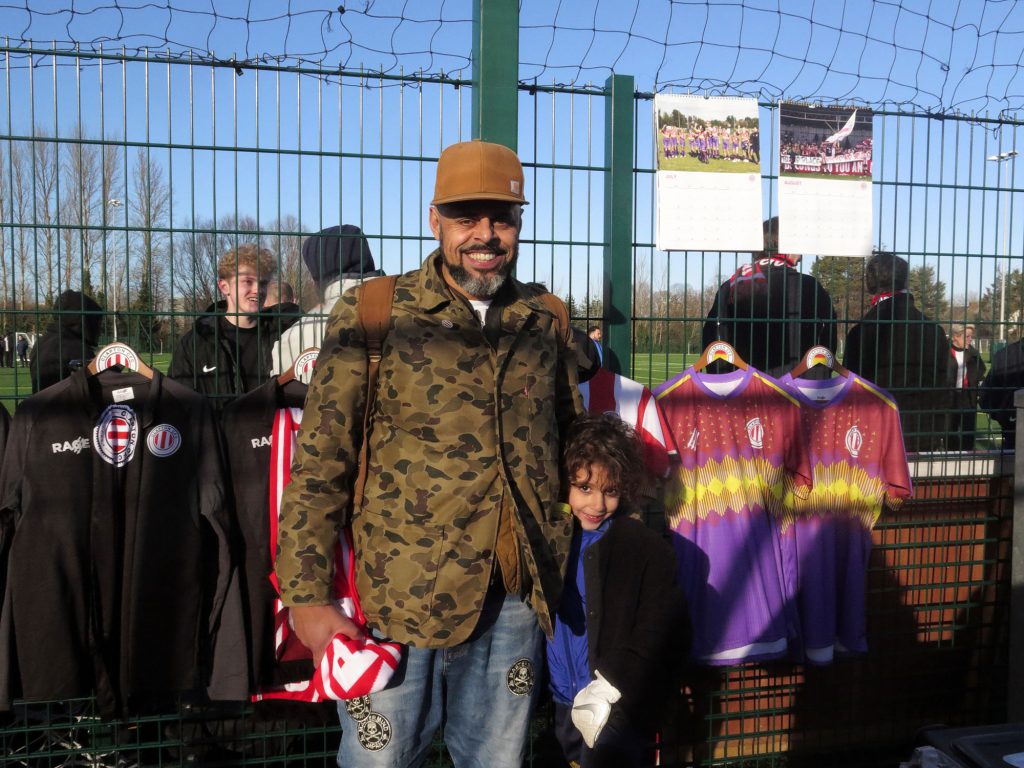 On 25 May 1998 if I could have waved a wand and done away with football influencing my life then I would have. It would have got no better than the feeling that I had just felt. That was my Shangri-La.

But I’ll take you back a number of years when I was pestering my Dad to take me to see some football. He was an Arsenal fan, had found himself living near Highbury and had gone to a few matches. But we had moved to the promised land of SE2, new social housing and my team was Charlton Athletic. He took me to a few games. We left one game vs Spurs with the score poised at 1-1. We got to Rumbelows in Woolwich, where we watched the final score … Charlton had won 4-1!!!

I never knew why we left, or why he didn’t really want to take me to games. I say that as a child, because when I reached adulthood it all became crystal clear. My father was a Black West Indian immigrant. He met my mother, a White Londoner at college and they fell in love. The footballing world of my childhood was not a nice place for my Black father to take his little boy. I totally understand that now.

I’ve followed Charlton my whole life, up and down the land. I’ve stood at Brighton as the homophobic chanting has rang out, at Chelsea where all you could hear was “there aint no black in the union jack” or at Spurs when a “bovver boy” who had been joining in the monkey chants had turned to me and said “Don’t worry .. you’re one of us!”

I remember being chased through Coventry, having just got off the train with a pal, and being asked at the Charlton turnstile what nationality I was, as they were doing a survey for the upcoming Red, White and Black Diversity day. These are just some of the highlights of my football journey.
(Of course this glosses over my time watching Welling United in the National Conference, and the ludicrousness of Non League football but hey ho …)

I now have a son … Milo. He wanted to go to a football match. We are in East London and there’s no way I’m sitting at Charlton giving him a gameboy to get through 90 agonising minutes. No to Leyton Orient, no to Dagenham and no to Redbridge.

Where to go ? …….
Well let’s put it like this. There was only one place that I was going to take Milo.

I had seen and followed Clapton’s story from afar. The fans growing behind the Ultra movement and then boycotting. The story of the trouble at Thamesmead, as I had grown up in this part of the world and knew the area. The Old Spotted Dog being the oldest football ground in London. The formation of fans/members run football team in Clapton Community, with everything that it stands for. That was the only team I was going to take Milo to. In memory of my Dad really, who had all those barriers to fight against all those years ago.

So we try and get to as many Clapton games as we can. We get to the Young Tons training on a Wednesday. We want to be part of the Clapton community, with it’s family feel, the embracement of diversity and where everyone is welcome.

Once a TON always a TON.