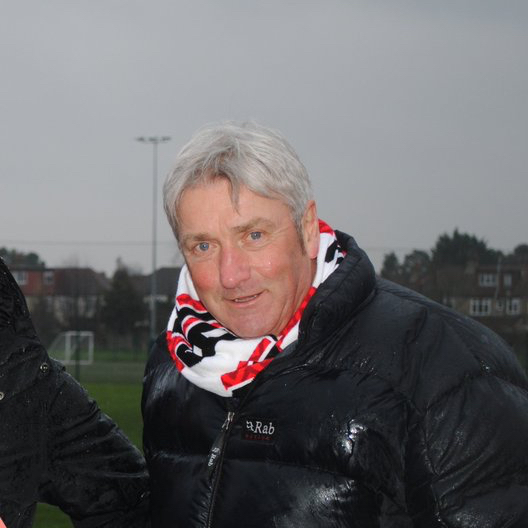 It was on a Tuesday night in April 1973 that I went to my first match at the Old Spotted Dog.

As a 14 year old Enfield schoolboy, and a supporter of the E’s, it was no surprise that Enfield’s team, packed with Amateur Internationals, swept past their hosts 4-1 on the night but, unlike many of the Isthmian grounds I had attended by then, there was something special about the ground, and something even more special about Clapton.

The old wooden clubhouse (known as the ‘Upturned Boat), the local partisan support, despite their lowly league position, and the smoke-filed wooden shed that served as a committee room packed with genuine Clapton people, each working tirelessly and voluntarily for the cause.

This was a true amateur outfit, unfashionable at the time, but retaining the air of a proud, once-great football club.

Eleven years later, disillusioned by the professional game and its infiltration into the higher echelons of non-league football, I decided to return to the friendly old ground in E7 to watch as a neutral.

Clapton lost again, 3-0 to Vauxhall Motors, but I could not help but pick up on a positive vibe, despite their lowly Isthmian League position.

Add to this, their precarious situation concerning tenure of the ground, (landlords, Grand Metropolitan plc, had refused to sign a new lease with the club and were hoping to turn the site into housing) and life was not easy for the Tons.

As one does at non-league games, I was chatting to the guy next to me in the south side wooden terrace and, at the end of the match, he mentioned that Clapton were away at Haringey the following Tuesday.

My new buddy proved to be Iain Hollowell, a life member of the club. So, as my office was in Tottenham, why not?

The following Tuesday, after a gutsy 90 minutes at Coles Park and a 1-1 draw, I was hooked.

There followed 11 years as a committee member, secretary and vice president, enjoying highs such as the FA Cup tie with Barry Fry’s Barnet, a Youth Cup win v Brighton at the Goldstone Ground, and lows such as an 8-1 tonking at Woking and regular early exits at the first stage of the FA Vase.

Having moved to France in 1998, my contact with the club had become less frequent and, it was only when I saw an on-line plea for sponsorship by Tons Manager Chris Wood in 2011, that my interest and curiosity was reignited.

Consequently, I agreed to sponsor the club’s kit and applied to re-join as a member.

Neither was met with either acknowledgement or a response from the club, save for a “thank you” from Chris.

Subsequent research suggested that Clapton FC were not the same entity that I had left some years before.

Nonetheless, I and two other Claptonites formed the Friends of Clapton FC group whose motto was to ‘help not hinder Clapton FC’ but unfortunately any efforts to help, or to become involved, were seemingly unwelcome.

The Friends of Clapton became Real Clapton FC and, miraculously any modest momentum we may have had was boosted beyond all expectations through the emergence of a fresh, vibrant, noisy and enthused group of supporters, the ‘Clapton Ultras’.

I need not recount the events since 2013, other than to say I am honoured and delighted to be a member of Clapton Community FC.

In such a short time we have rekindled and revived the spirit of Clapton FC, a member’s club, and have delivered on transparency, inclusivity and support within the local community.

Whether one is new to the Clapton experience or, like me, one of the older supporters, this club still belongs to you and me.

And…., there is no football club like it. “Once Clapton, Always Clapton”