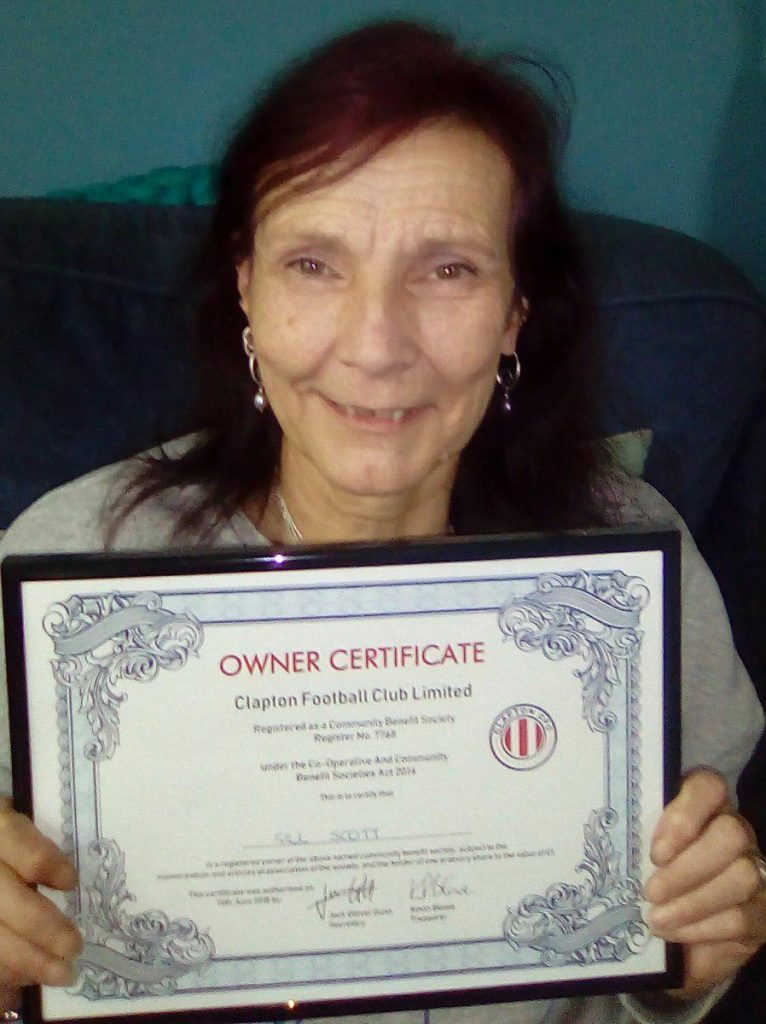 Clapton… well, after all these years in exile in Hull I’m still an East London girl at heart. I’ve known about Clapton ant and The Old Spotted Dog for a long time – I went to school in Wanstead, just across the Flats.

I’d got really interested in Walter Tull’s story – always the historian at heart- and when I heard through the grapevine about Clapton CFC starting up I just knew I had to get involved, even if it is at long distance.

I love football and West Ham, but the distance of football today, especially the Premier League with the vast amounts of money around , from it’s original working class roots is pretty depressing.

In Clapton I can be part of a club which not only has a wonderful ethos, but is truly run by the fans, for the fans, and is embedded in the community.

No pasaran – they shall not pass – as an anti-fascist rallying call is sadly more relevant today than ever.

They’re not just empty words for CCFC either – just as friends in Hull campaigned for, and erected, a monument to the 10 Hull men and woman who went to Spain to join the International Brigades in their fight against Franco’s forces , I love that Clapton CFC are working with the International Brigades Memorial Trust to erect a memorial in honour of Newham’s IB volunteers.

A club with the community engagement and the culture of Clapton is a very special thing and needs to be cherished – our club is a shining light in what can be a very gloomy world.