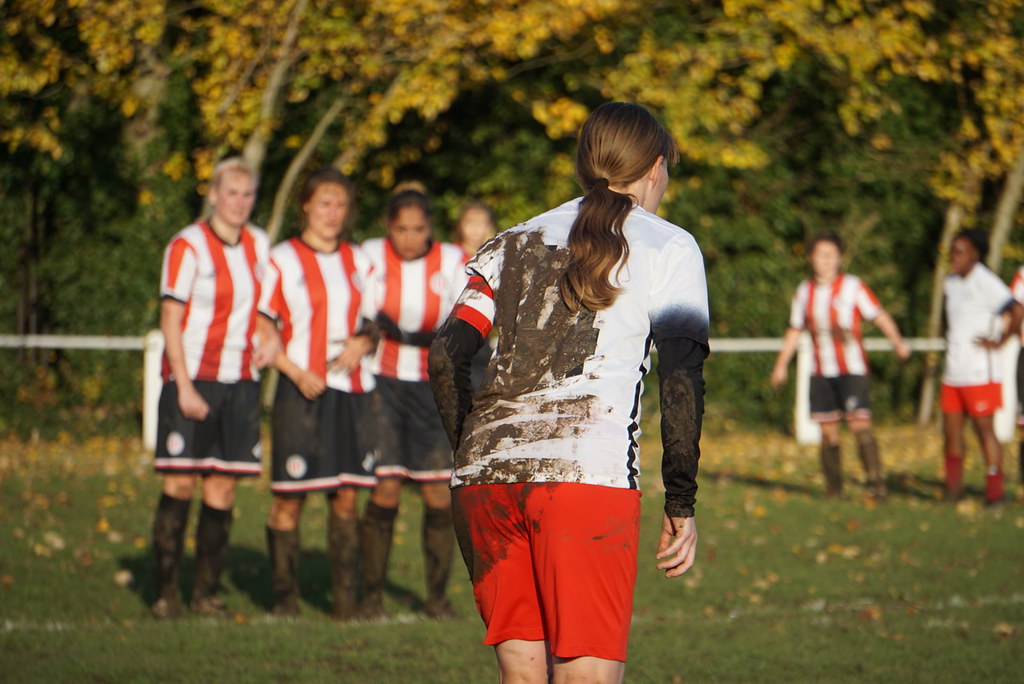 Unfortunately, the game has been postponed after a pitch inspection on Saturday.

Our women’s team make the shortest trip of the season to Islington Borough Ladies looking for quick revenge for the 4-3 defeat just three weeks earlier.

The Stray Dog clash was a muddy battle of attrition enlivened by two superb free-kicks of midfielder Ciara Monahan and the return from injury for Emily Link.

They are familiar opponents to our team from back in their AFC Stoke Newington days.

The IB women’s team played in the GLWFL Division 2 North during 2017/18 and were promoted after a successful season.

A mid-table finish last season (18/19) shows the strength and depth they have as a squad at this level.

Islington Borough now sit comfortably in third place in Division One so it will be a big task to take the points.

However, a 6-1 defeat at home by Dulwich Hamlet Reserves shows they are beatable.