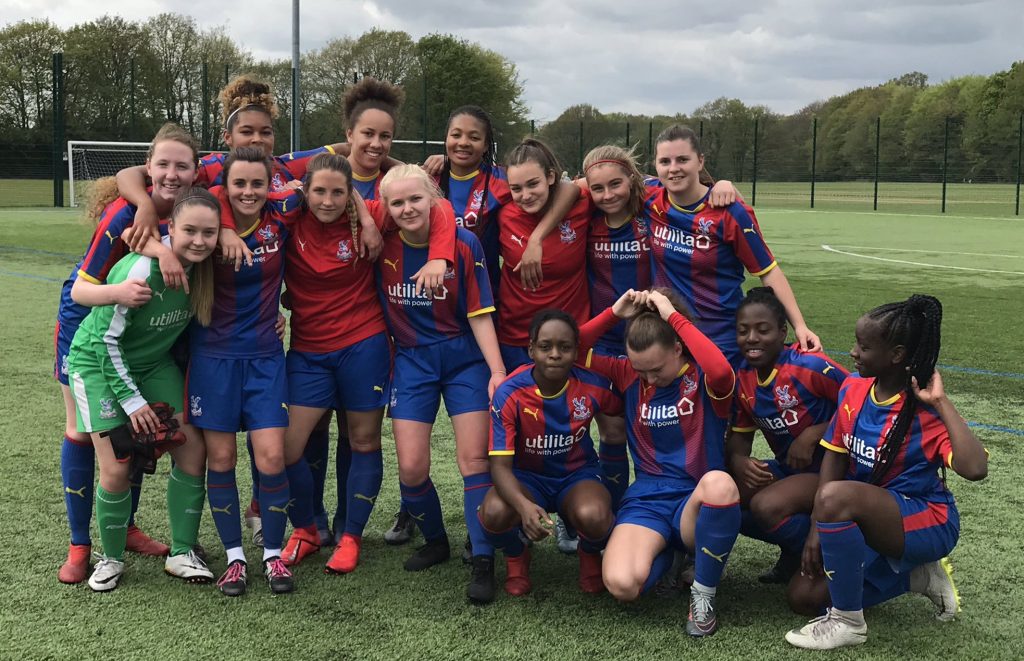 The Eagles women’s team were founded in 1992, and their first team play in the FA Women’s Championship, with their home games being played at Hayes Lane in Bromley.

In fact they absolutely stormed it, winning all of their 18 league games, and finished with a whopping goal difference of 81, meaning an average of 4.5 goals scored per game.

They also wrapped up the double with a win over Bromley in the John Greenacre Memorial Trophy.

This season, they’ve picked up pretty much where they left off, winning the first five games in the league. However, last week they suffered their first league defeat – a 5-2 loss away against Walton Casuals.

With the Tons/ recent cup defeat fresh in mind, we can be assured that they once again will want to get back to their winning ways.

Crystal Palace Development have made a bright start to the season.

This isn’t exactly a surprise, given they secured promotion from Division 2 South by winning all 18 of their games.

We can therefore expect a difficult game once again, although their invincible run was abruptly halted when they lost 5-2 to Walton Casuals.

Given the tightness of our own game against Walton, if we are at our best, we should be confident of achieving a result.

Our full-colour matchday programme will be on sale. There’s a different cover artist each time.