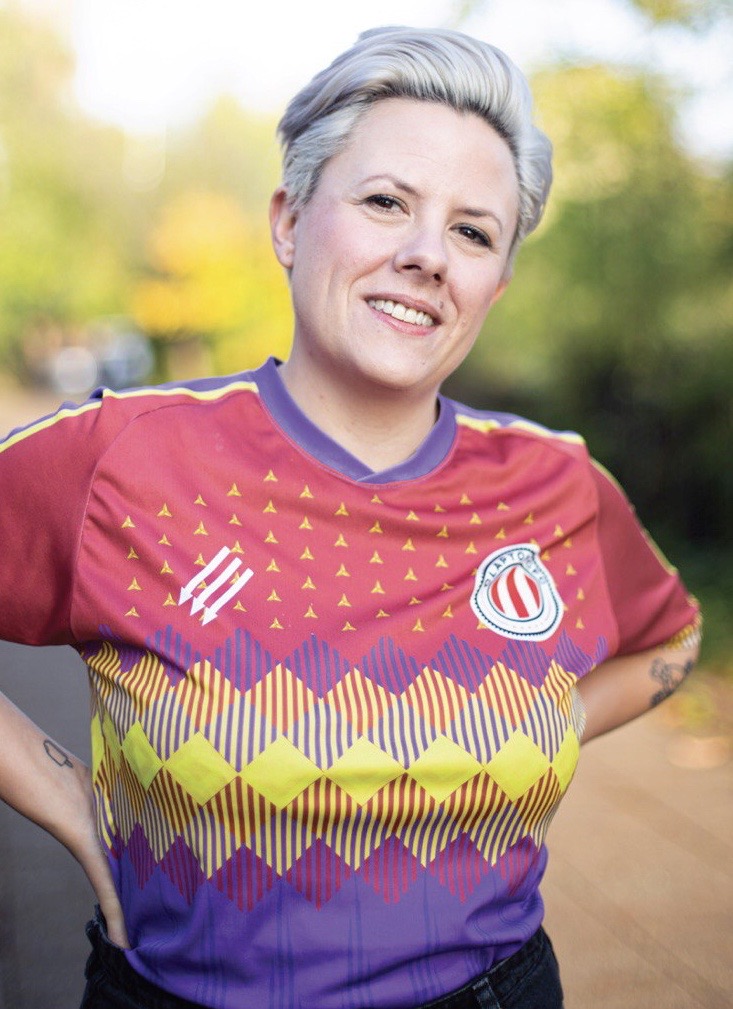 Clapton found me, rather than the other way around…

I only started supporting the Tons this summer after reconnecting with an old acquaintance I bumped into one night at the Crooked Billet in Clapton. I had just moved to the area, perhaps only just a week before, and was in the midst of a very painful time in my life. I said I had just moved to E5 and didn’t know anyone. So she asked me if I liked football (the answer of course was yes) and told me that she supports Clapton CFC at the weekends with a couple of other friends in the area and that I must come along with them to the next match.

I went to that match, and haven’t stopped since.

For me, it’s so much more than about the football – being a part of CCFC gave me a place to belong and reconnect, and lifted me out of a very dark place that would have been nearly impossible to do on my own, having the matches to look forward to every weekend, not least knowing how much fun we would have singing the brilliant (and hilarious) chants. My acquaintance and her friends are now all true friends to me who I cherish, and I love how we have bonded because of the Tons.

Also, having been an Arsenal supporter and season ticket holder for many years, CCFC provided the perfect antidote to modern commercialised football, which I had begun to grow very tired of. It all felt so disconnected, the corporatised club and the real fans being two completely separate entities, like modern football no longer needed fans in stadiums. They just needed money in the chairman’s pocket. Clapton is so far from this world and I think it’s beautiful. The community is second to none, the fact that inclusivity is the core value of CCFC is what has made me truly become a lifelong fan.

This is what football should be about – openness, community focussed support, anti-fascism, inclusivity, accessibility and of course pure, unabashed fun. It’s fighting the good fight and I love it.

I love the focus on supporting the women’s team and the fact that no distinction is made between the mens and women’s teams in the fixtures list, they are both simply Clapton CFC, it may seem like a small thing, but to me it says a huge amount about the values of the club.

I’ve also embraced the free training sessions on a Tuesday night, they have been absolutely brilliant and another thing that has kept me sane this year – it’s been wonderful to meet so many new people, to feel a part of something, and also to finally play football having not had the opportunity at school.

The thing I like most, of course, is being a Ton.