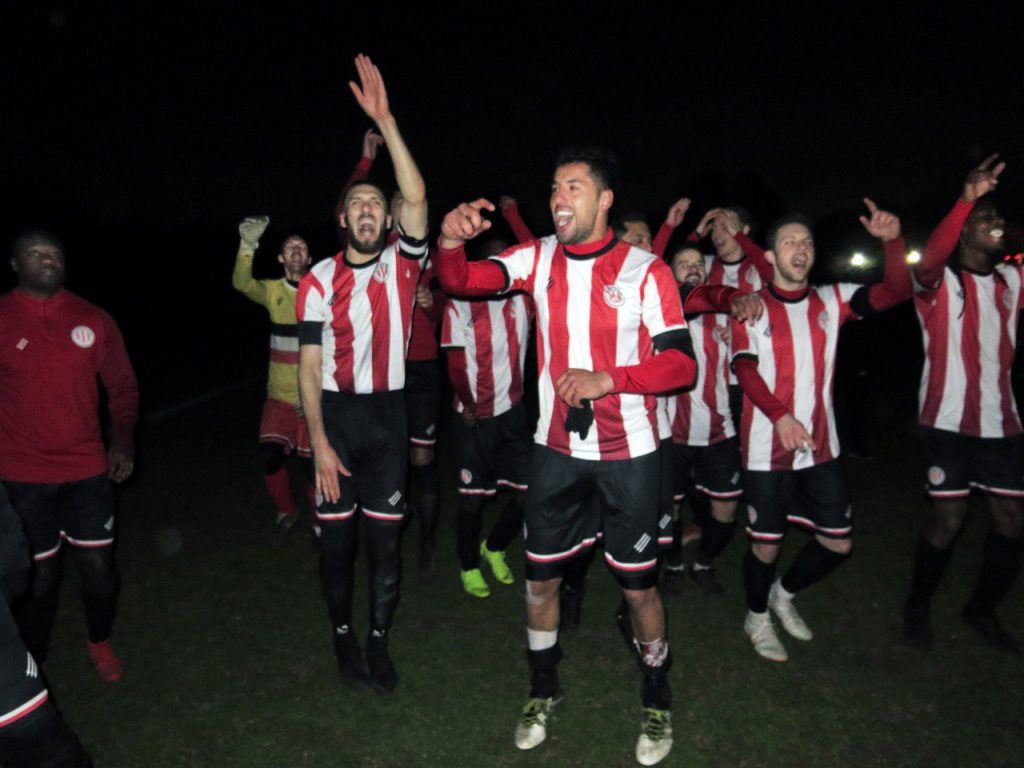 We are saddened to have to say goodbye to three of the Clapton ‘family’ who are leaving the country – albeit for happy reasons and pastures new.

Yacine, who currently works at the West Ham United Academy, said: “I’m gutted to be leaving my job and Clapton behind but this is a huge step in my career.

“The management team have requested a clause in my contract for the team to play against Manchester City.”

Yacine will be particularly remembered for taking penalties under pressure, having scored the deciding spot-kick in shootouts against London Samurai and Hilltop.

He will also be much missed by the Young Tons, having run our weekly open training sessions at Wadham Lodge.

Yacine will be particularly much missed by the Young Tons, having coached our weekly open training sessions at Wadham Lodge.

He will be particularly remembered for taking penalties under pressure, having scored deciding spot-kicks in shootouts against both London Samurai and Hilltop.

Yac’s new role in Abu Dhabi will see him taking a lead in promoting football among people with disabilities. A groundbreaking initiative in the region.

He is leaving at the end of October so we have a couple of games to wave him off properly – starting with the Stonewall FC home game.

We’re also sad to see the women’s team’s ‘pocket rocket’ Ana Holmes leave for Australia, and would like to thank her for all her hard work, her quick feet and her goals.

Ana had scored four goals in competitive games already – 1 in both FA Cup games, and 2 in the league vs Luton Town Reserves.

Also bidding farewell to the UK is much-loved goalkeeper Vlad Bendovskyy who is off to Italy. He came to our first ever training session and he got the first ever Clapton CFC tattoo.

His last appearance was February – a clean sheet against Chipperfield Corinthians –  but he was a popular figure on the terraces even after that, including at Indian Gymkhana the day before he flew out to Italy..

Clapton CFC wishes you all the best for the future.