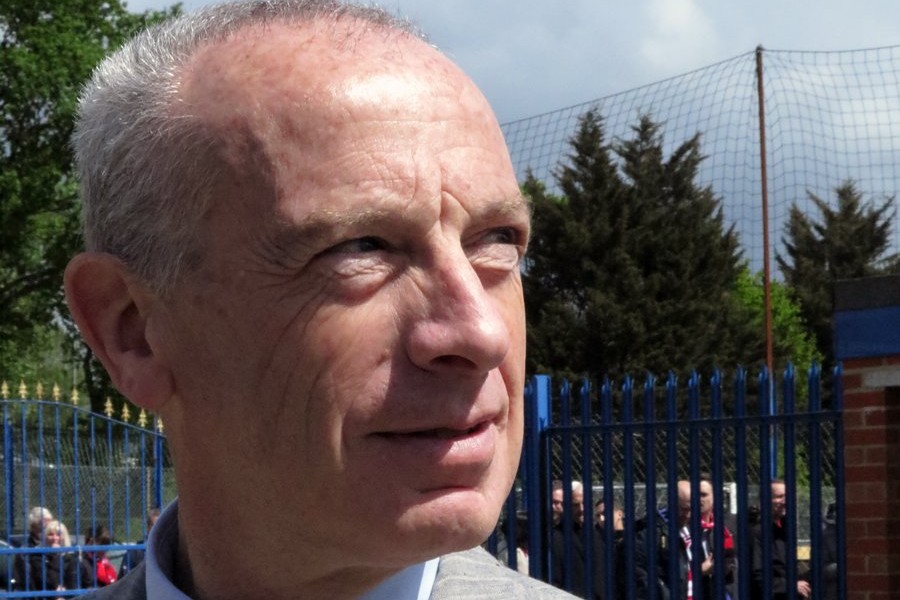 So why Clapton? Firstly, being an enthusiast of the iconic Isthmian League from the 1960’s I was captivated by such names as Dulwich Hamlet, Corinthian Casuals, Wycombe Wanderers and Clapton.

Clapton had an advantage for my affection though because they played in East London, a mile from my first love West Ham. Secondly by the second decade of this century my love affair with West Ham and what they had come to represent in the corporate, commercialised world of modern football, was on the wane. I was subconsciously looking for a new football home.

On a dismal day in early 2012 I paid my first visit to The Dog and made up a twentieth of the crowd. The surroundings and performance by the Tons reflected the weather. I think Clapton lost, something they had done regularly since the 1930’s. But I was hooked and returned a few more times that season, though I am convinced I did not see a home goal.

Thankfully there were like minded souls in East London, rejecting the mammon and greed of the Murdoch League and searching for a football home, found one at The Dog.

The history of the next five seasons is well documented, which brings me to 25th of August 2018. Build it and they will come. I will remember the summer of 2018 for the love and hard work that volunteers put into preparing the yet to be named Stray Dog for THEIR club, Clapton CFC, first home game, a friendly against The Wanderers.

I believed a crowd of 100 would be an achievement. At 2.45pm, hardly a soul was in the ground. At kick off time the queue stretched to the car park as people waited to pay a donation and buy a programme. It was at that moment I knew something special was being built and I had a lump in my throat. Nearly 250 fans watched the Tons that day and the shirt we wore went viral.

The ensuing season was to become my favourite in over half a century
watching football. I have used the word love a couple of times. I love what this club believes in and represents and I have found my football home.