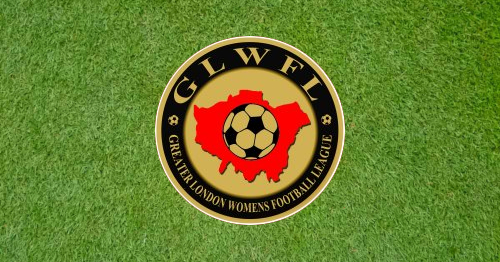 CCFC’s 19/20 competitive season begins on 1 September – with the FA Cup tie against Margate FC Women – and then the league begins!

We look at the teams we will be taking on in the Greater London Women’s Football League (GLWFL) Division 1, on the seventh level of the pyramid.

Brentford WFC (The Bees) are part of a set up in West London that includes a Women’s Development team and Men’s Championship side. The team finished a disappointing second from bottom last season (after being relegated from the Premier division at the end of 17/18 season), which could point to a winnable game. However, convincing wins for the Bees against West London rivals QPR and Regents Park Rangers in pre-season friendlies show this is a strengthened squad that could prove a tough match for Clapton.

Clapham Common-based Comets are newly-promoted, having finished runners-up to Crystal Palace Development in GLWFL Division 2 South last season. They lost out to Headstone Manor in the final of last season’s GLWFL Trophy. Their website features pictures of Comets with celebrity fans Kevin Keegan and Ross Kemp.

Having been a presence in the women’s game since 1992, this summer the club decided to drop ‘ladies’ from their name and play simply as Crystal Palace FC. Their first team plays in the second tier. But Clapton will be taking on their development team, who were runaway winners of GLWFL Division 2 South last term. They won the league cup last year with a 4-2 win over Bromley LFC.

Dulwich Hamlet are fielding women’s teams for the first time. They agreed a merger with AFC Phoenix – who started life on Clapham Common in 2010 – and will take the name Dulwich Hamlet Women’s FC. Their first team will play in the London and South East Premier Division, with a development side in Clapton’s league. This one is bound to be hotly-anticipated.

Hampton & Richmond are affiliated to a men’s team who play in National League South. They started life as a youth team of Chessington & Hook FC in 2002 and have also been part of Tooting & Mitcham FC, before taking on their current identity in 2006. Both they and their development team play their home games at Tudor Park Sports and Leisure in Feltham. The Beavers, as they are nicknamed, came 3rd in the division last season.

Islington currently have 6 teams: U9, U10, U12, U14 and U16 – as well as the women’s team. Their women’s team played in the GLWFL Division 2 North during 2017/18 and were promoted after a successful season. A mid table finish last season (18/19) shows the strength and depth they have as a squad at this level. We know them well and there is always a bit of friendly rivalry here. Bring it on!

Luton Town Ladies FC was formed in 1997 and formed a partnership with their male counterpart, Luton Town FC, in 2000. The Hatters’ first team play in the FA Women’s National League South East. Luton Town Reserves finished seventh in the GLWFL 1 last season on 11 points, narrowly avoiding relegation. After securing just three wins in 16 games, they will no doubt be hoping for a more successful campaign in 2019/20.

Regents Park Rangers have been playing in the GLWFL for over 8 years, having played the 18/19 season in the Premier Division. However, following a string of losses, and securing only one win against Victorie Ladies meant relegation was inevitable. They finished bottom of the league on 6 points. How their premier experience will fair in Division 1 remains to be seen, but undoubtedly they will seek a better season ahead. They play at Barn Elms in Barnes, where CCFC’s men’s team took on Stonewall last season.

Walton Casuals were the standout team in AFC Stoke Newington’s division last season. Casuals took the top spot, but Stokey recorded a remarkable 3-2 win against them to clinch the runners up spot and their own promotion. 102 goals and 16 wins in eighteen games. That was their only defeat.