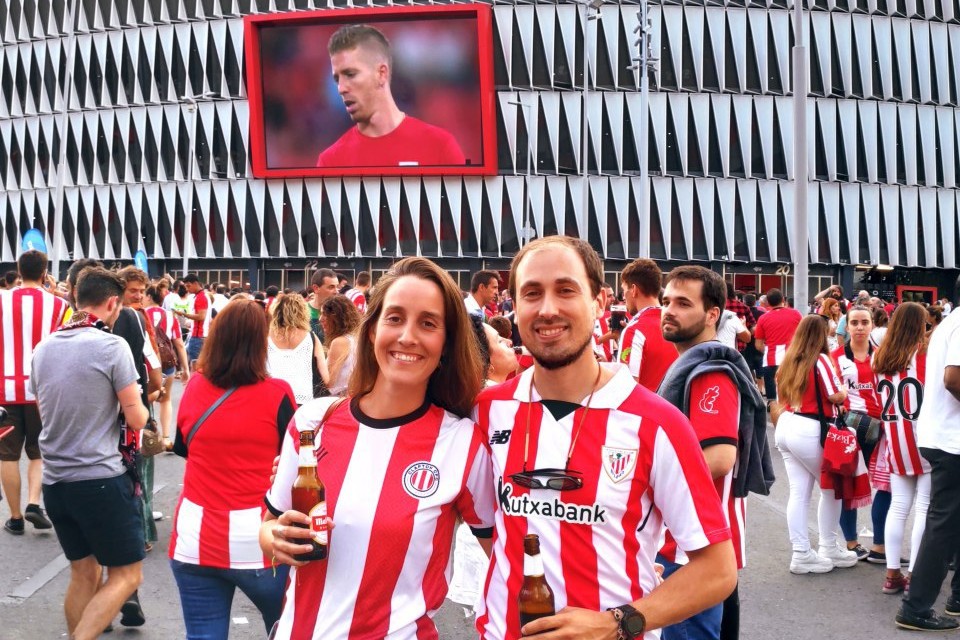 In the photo above, that’s me with my partner at the first match of the Spanish league outside the San Mames stadium.

You can see my love and pride for my two red and white teams, being a member of both the Athletic Club of Bilbao and Clapton CFC.

Athletic Club is a different club, and among its particularities, it is not a sports corporation so the members, taking part in assemblies, decide on the future of this historic club.

My attitude as a football fan is oriented towards “special and unique” clubs,

It’s easy to become a fan of any club of international renown, which, based on dollars, signs elite players with which to win the maximum number of championships and titles possible, but with the handicap of not instilling any kind of value to society and/or members of the club.

In that search for “special and unique” clubs, Clapton CFC appeared in my life last year.

An historic club, which has been able to reinvent itself in the face of all the difficulties experienced, and most importantly, directed by and for, the supporters, altruistically and continuously supporting, through sport, all kinds of action and campaigns against sexism, homophobia, xenophobia and fascism, amongst other positive causes.

Being able to belong to a club, where you can collaborate in making decisions, where transparency is a basic pillar, and despite the distance the treatment received is very close, and which strives to inculcate different social values, makes it a great satisfaction to belong not only to this club, but to this community!

I hope that someday my partner and I will have the opportunity to watch a match of the women’s team and the men’s team, and if possible, in The Old Spotted Dog at Forest Gate.

We are the Clapton. Greetings and a hug to everyone.