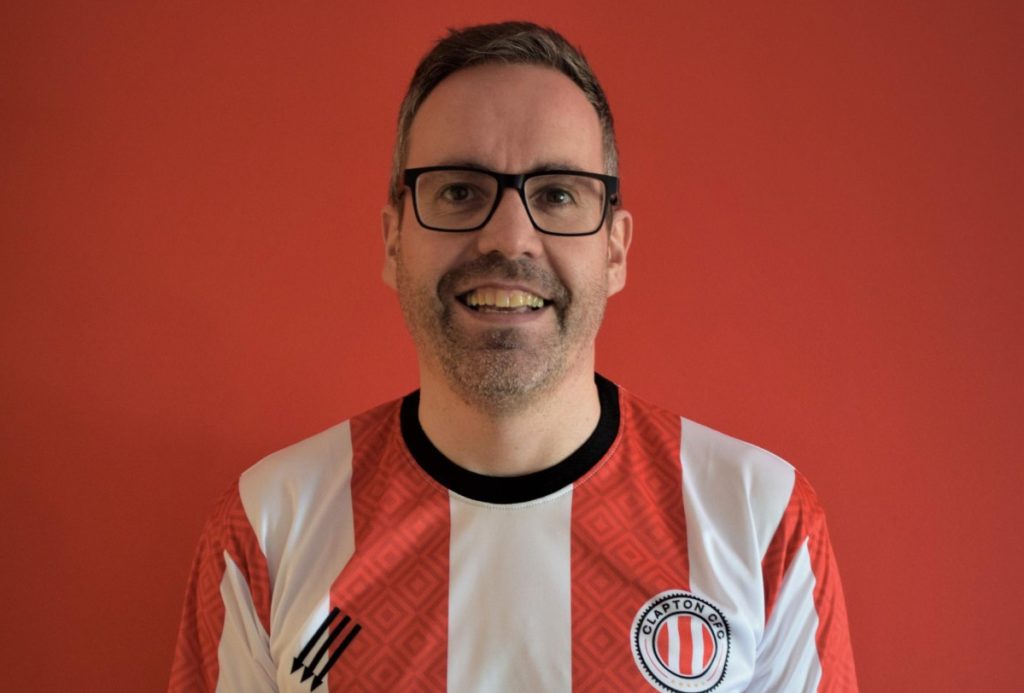 My name is Jesús Pizarro and I live in the province of Granada (Spain).

I’ve been a Clapton member since last summer, one of the things that has made me happier this year. I had been disappointed with football for a long time, as it has become more and more a business.

The day I found out that there was a team in London with a shirt paying tribute to the Spanish Republic, I was thrilled.

I did a quick search, and became a member straight away. It was great to feel close to a club like this one living so far away.

I wanted to understand the story behind the club, and its link with the people who defended freedom against fascism, however this wasn’t easy to find. I then set out to elaborate the history of the club in some way.

I had an idea kept for years, as I had told my brother, who has an intellectual disability, the story of his favourite club in this way. Seeing the wonderful sports values that the Clapton has, I adapted what I did before for him to the history of the CCFC.

What does it consist of? It is a chronological infographic with all the data, titles, and other Clapton CFC information from all the competitions since its foundation until the last year. The interesting thing is that it’s very visual and easy to understand and use.

Check out the infographic here

My intention is to give it to the club, so that it could be kept in the clubhouse and used by the members to find out about the history of their club.

I didn’t want it to end up in a drawer and that it serves for everyone. It’s a pride to wear the Clapton CFC colours, so I wanted to also feel useful in some way contributing with this. I hope all Clapton fans like it.

We are the Clapton. No pasarán! Greetings and a hug to everyone.