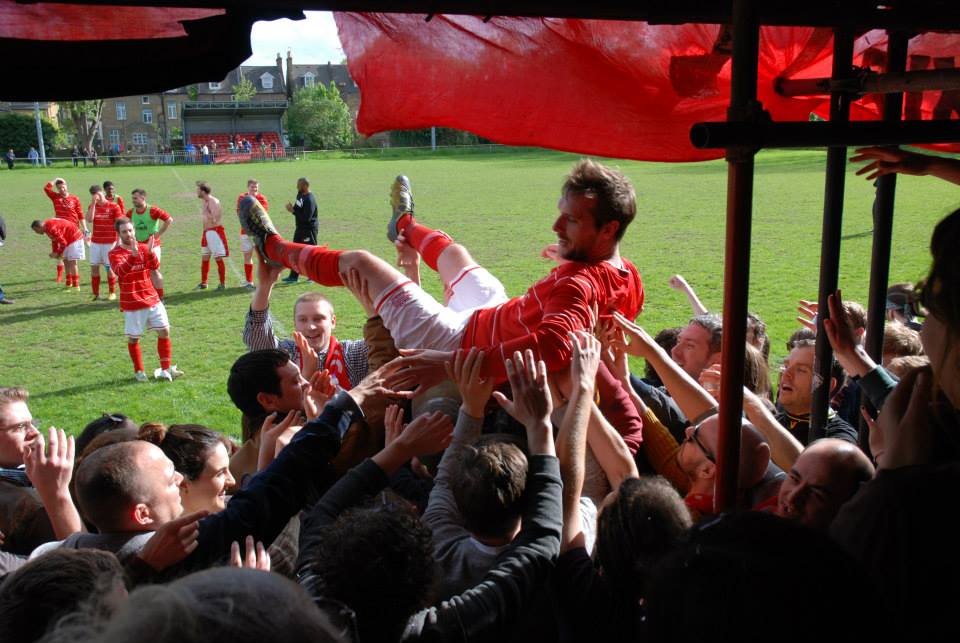 The Middlesex County Football League Division One season drew to a close last week with a 3-0 win in front of 1,266 people to clinch the title.

The fans and players have grown together in the rollercoaster journey towards an unbelievable league and cup double.

Now there’s one last chance to get together at the Stray Dog this season before we all take a break for the summer.

Please bring your friends, family, neighbours, colleagues and anyone else you can think of to join in the fun.

What better way to celebrate than with a squad full of Clapton fans’ favourite players from over the years, managed by André Thomas and Sam Naylor.

There will be players across both squads that have represented Clapton from 2012 right through to the present day.

The Legends squad is

I’ve been awarded the opportunity to manage a set of legends who’ll represent Clapton teams from the past. These players have been there, seen it and worn the famous red and white t shirts.

The team will consist of players from different Clapton teams. I simply thought “Who would the supporters like to see?” –

I believe my selection shows the good blend of previous players which will help put on a fantastic game, with an amazing atmosphere so that the supporters can sing songs for both teams.

Lastly I would like to announce that Sam Naylor will be joint manager for this game. With the amount of legends that’ll be in the changing room, I’m gonna need the help controlling them and their egos.

I felt it was fitting someone like Sam comes in to help and inspire the boys.

A Legends game is always a great way to end to season and it will be good to see some old faces and hear some old player songs I haven’t heard since we moved to the Stray Dog! Their line-up is very strong, but it was always going to be with players at Step 5 and above. With mini-trophy on the line I’m sure our players will put in a good performance. But it’ll be a fun day regardless.

After the game, stick around as we’ll be presenting the end-of-season awards on the pitch.

If any Young Tons would like to be a mascot for the game, please email development@claptoncfc.co.uk.

You’ll get to walk out on the pitch with the teams for the final matchday of the season. 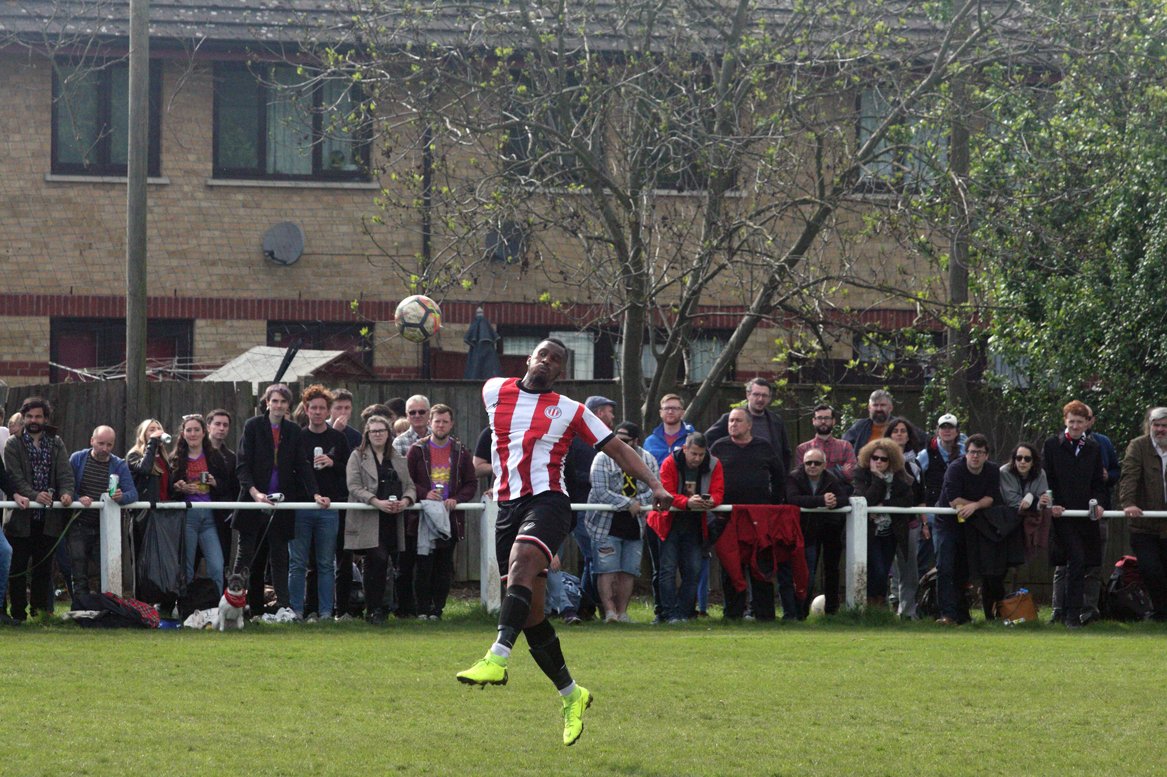 Entry will be pay what you want. More information to follow on what we shall do with the proceeds.

We will be issuing a match programme, full colour. packed with features looking at the season and our legendary visitors.

Fusion Foods will be there, serving hot food at the entrance. They will have meat, veggie and vegan options and accept cards or cash.

There’s a pitchside bar selling cans of lager. The toilets and full bar – selling a fuller range of draft beers and more – are in the main building in the car park.