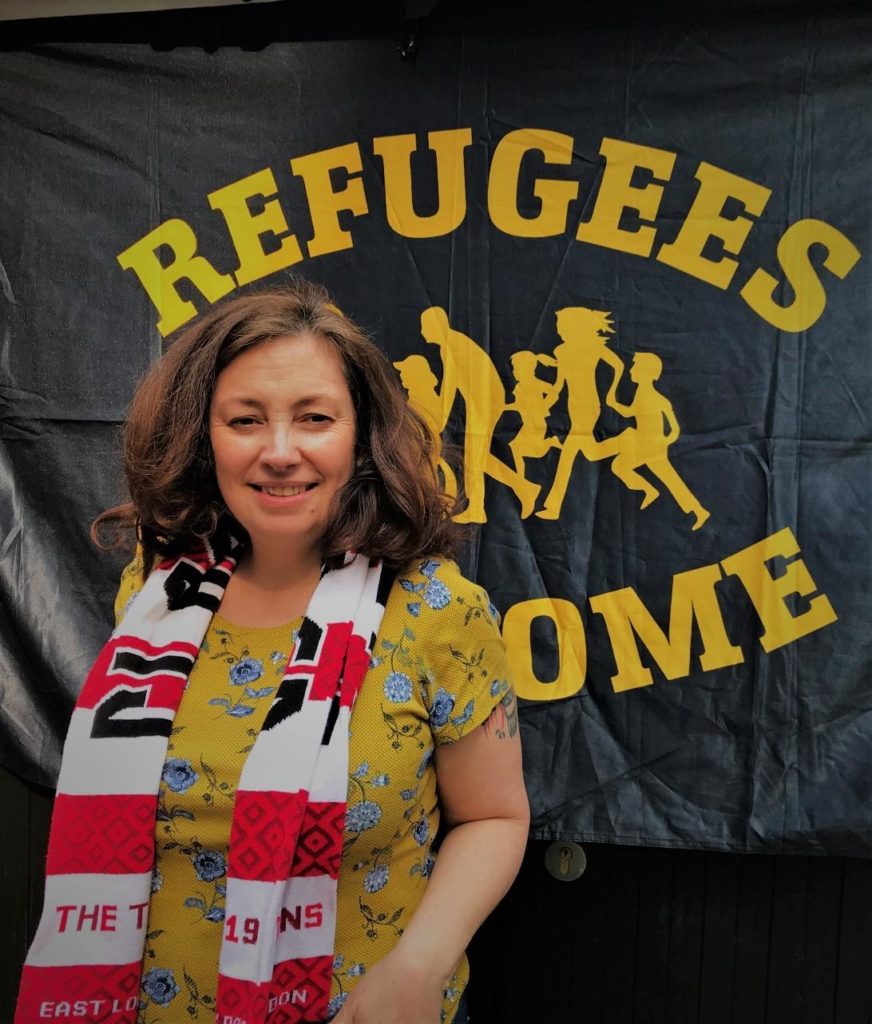 With flags and banners that celebrate resistance and a friendly, welcoming atmosphere, Clapton captivated me from the first game that I ever went to see.

I’ve been to football games, at all different levels, in quite a few countries and the experiences have varied hugely. The closest I’ve come to The Stray Dog vibe was at Portland Timbers in Portland, Oregon-happy, noisy, exuberant and inclusive.

Hearing “ ’tons just wanna have fun”, at Clapton, makes me smile every single time- it’s exactly the kind of club I want to be part of.

I’m a teacher and a union rep, so my working life is pretty hectic, with politics at the very heart of almost everything I do.

At the weekend, being able to decide, on the day, that I fancy an afternoon watching football, is just so refreshing. The fact that I don’t need to have a spare £40 plus to buy a ticket, that I can stand, sing, chat and actually enjoy the game is great.

I also know that I’m not going to have to put up with sexist, annoying crap being spouted by angry blokes, in a premier league ground. This means that the day is positive, whatever the result!

For me, the best bit about Clapton, is that the intentions are genuine. Donating to the food bank, at each game, makes a difference to the many people who couldn’t manage without the service.

Seeing the flag of the Spanish Republic, honours the memory of the victims and the fight against Franco, as well as anti-fascist struggles in the present day.

And, when a rainbow flag is flown, it signals a real commitment to equality, it’s not just lip service to the LGBTQ community. Women in football, whether they are playing or supporting, often get a poor deal across the board.

Clapton is different. Clapton girls and boys do make all the noise – together! Long may we continue!!!