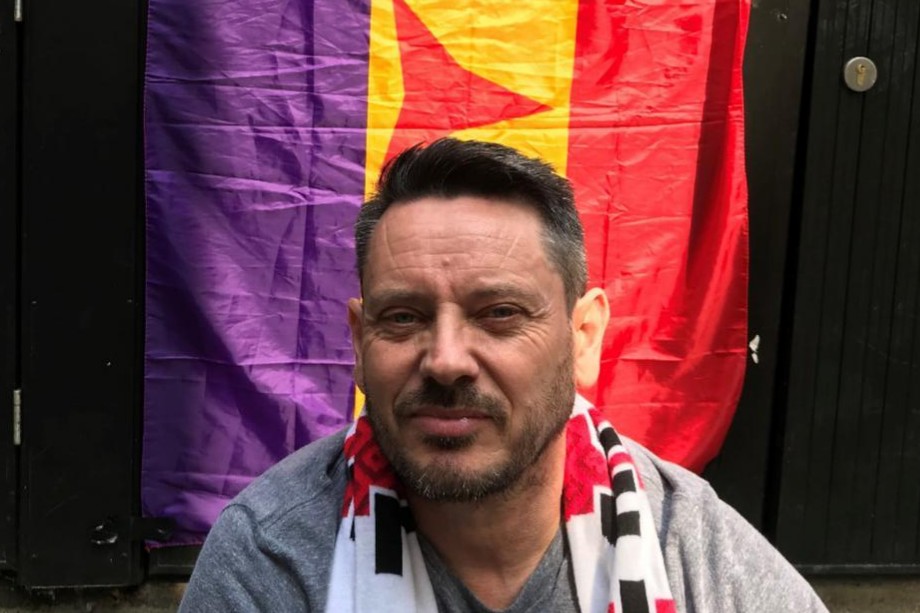 I think I was destined to end up following this unique club. The perfect union of football and politics. My family background ensured both would be hardwired into my DNA as I came kicking and screaming into the black and white world of mid sixties Britain.

My Dad, John ‘Jack’ Gregory, a proper geezer raised on the streets of East London, was already a retired professional footballer by the time I was born. He made 24 appearances as an inside forward for West Ham Utd 1951-53 season, as well as 147 games for Scunthorpe, then headed off to Aldershot FC among others. Mum was bringing up seven kids, five of us boys, who would go on to play football at various levels most of our adult lives.

My oldest brother, John, was lucky enough to make it professionally too and made over 600 career appearances for Northampton, Aston Villa, Brighton, QPR, Derby, Plymouth & Bolton, before going on to manage Aston Villa and QPR among many others. You could not escape football in our house!

Some of my earliest memories are of my mum phoning my primary school and pretending I was ill, so we could jump in the car and head off to a midweek cup match in Exeter or Newport and watch my brother play for whichever team he was signed to at the time. There was always a match that seemed more important than school. I laugh about it now! Those were the days of hooligans in butchers aprons, swapping ends at half time in some rickety old wooden stand ringed with barbed wire and yes, Bovril!

Politics too has deep roots in my ancestry. And despite growing up with the memories of the male footballing heroes in my family, it’s my Great Grandmother Alice Jones that I’m most proud of. She was a street fighter and active Communist Party member back in the day. She was arrested in 1936 near Tower Bridge whilst confronting Oswald Mosley’s fascist Black Shirts and was active with the Aid Spain movement too, which coordinated relief to victims of the Spanish Civil War.

I joined the International Brigades Memorial Trust some years ago and felt privileged to visit the battlefields of Jarama, just outside Madrid, where some 20,000 anti-fascists lost their lives defending the ideals of the Spanish Republic.

I’ve travelled throughout Spain and visited the mass graves in Malaga and Oviedo where so many republicans, anarchists, feminists and union members were murdered and dumped unceremoniously into huge pits.

I also took part in the memorial service at the graves of fallen International Brigaders at Taracon, which happens annually and is organised by comrades from Asociacion de Amigos de las Brigadas Internacionales, based in Madrid. It leaves a lasting impression on you. It never leaves you.

So when I see the colours of the Spanish Republican flag fluttering in the breeze at the Stray Dog, or the change kit flashing down the wing on the back of Joshua Adejokun, (boy is he fast!), I know I’m among like minded people and at a community club with a big beating heart.

I’ve found my place on the terrace of the Stray Dog, a refuge from the corporate greed and predictability of the Premier League. Everyone involved in the hard work behind the scenes at Clapton CFC deserves a huge amount of respect.

I’m proud to be a member and part owner of the club. I seriously cannot miss a game now! Football and politics. It was supposed to happen. I feel I’m home.

One day all of a sudden, I really did fall in love with you!