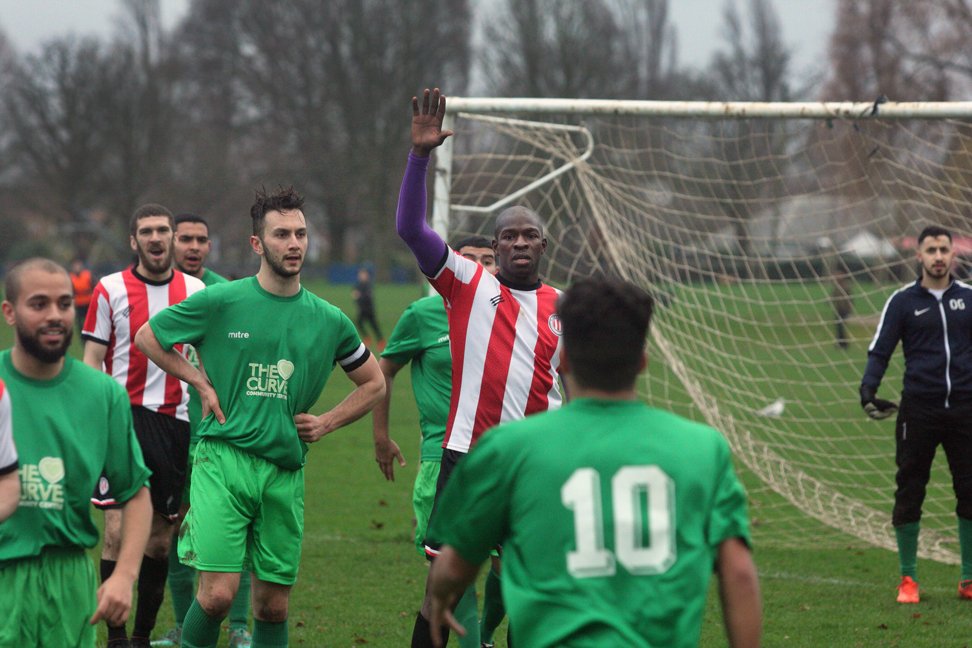 It’s our first Saturday home game for two months and it’s a big one as we enter the last few weeks of the season..

There’s been a lot of highs already but there could be more to come. It’s really simple – win our last three games of the season and we win the Middlesex County Football League Division One (Central & East).

But our opponents are the bang in-form The Curve, who also sit one place above us in the congested top end of the table.

The Curve are new to the MCFL this season, like us, and are named after a community centre in North Kensington to support those affected the Grenfell Tower fire.

The centre offers a range of support and services to the community including practical focused advice about emotional wellbeing, housing, health and employment.

It also runs courses, sessions and community-led activities that support both collective and personal recovery for children, young people and adults.

Needless to say, the Grenfell fire is something that affected many of the players deeply and directly. but for a few hours they can concentrate on football instead.

In our meeting at The Curve’s home of North Acton Playing Fields in December, Clapton CFC opened the scoring early on through a Paul Oshin header.

It looked for an hour like it would be a comfortable away win until a relentless late home onslaught finally paid off when Ahmed Mahfouz scored from close range, the ref ignoring an offside flag.

Then in injury time, a corner was played short to Eliot Crosbie who was able to Curve the ball into the top right corner. Was it wind-assisted? Was it intended as a cross or a shot? The jubilant visiting Tons fans weren’t caring in the slightest.

The Curve have established themselves as a very competitive team in their debut season and are going to finish just short of topping the table.

They started slowly but have notched up 7 wins in the last 8 games, including a 4-2 win over league leaders Stonewall last week. That one really helped our own promotion hopes.

The Curve also boast the MCFL’s top scorer, that man Mahfouz, who has an astonishing 31 goals in 14 league appearances. The Tons will need to keep him quiet or our chances of sneaking up the table will be all over.

Clapton CFC player-manager Geoff Ocran is under no illusions that this will be a big challenge. He told us:

With results going our way last Saturday, the league is back in our hands.

However, The Curve are one of the better teams in the league so expect a very highly contested game and we will have to be at our best as it’s ‘after the Lord Mayor’s show’.

Our home form recently has been good so there’s no reason that should change. 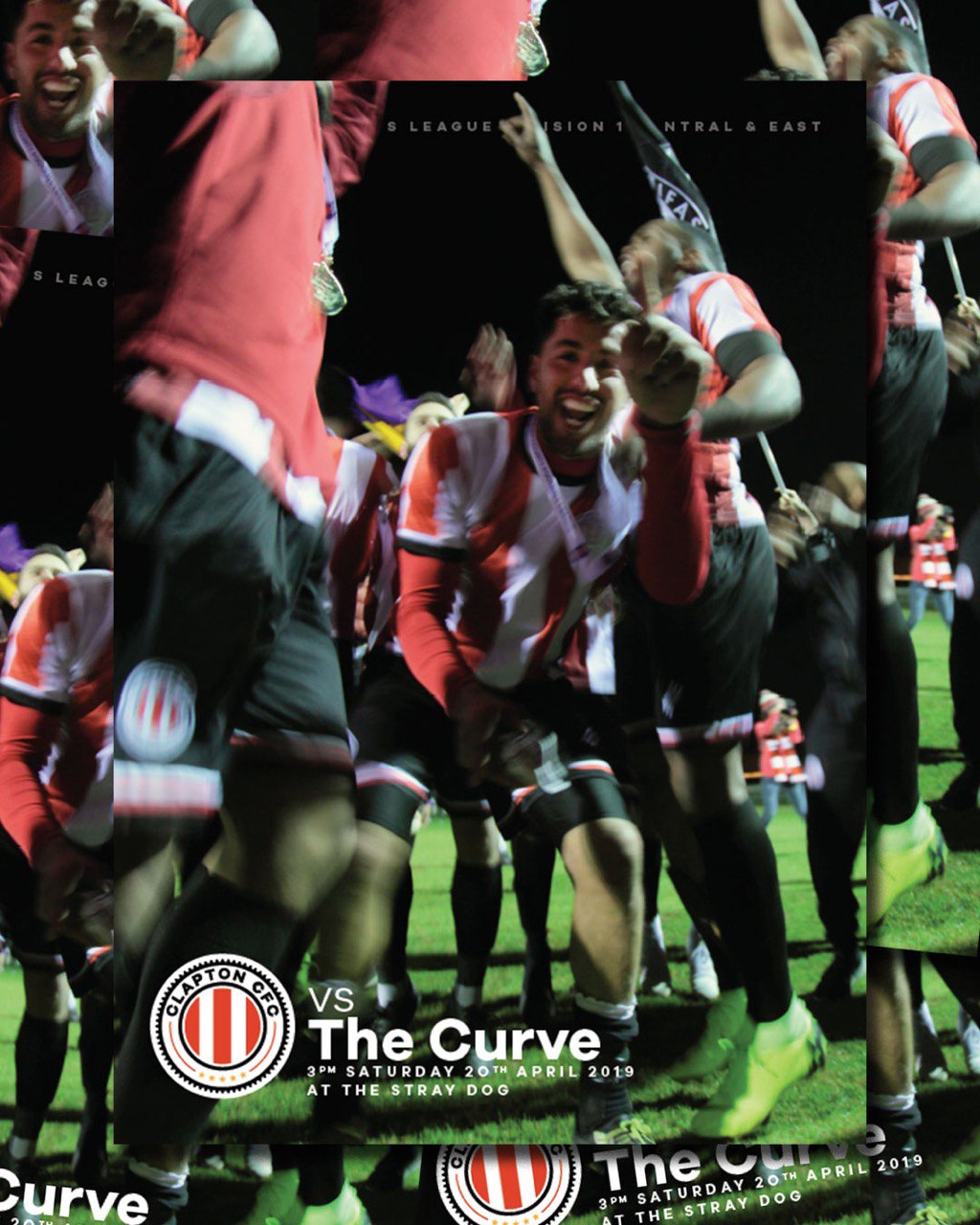 We have a merch stall at the entrance including our matchday programme on sale for £2. Every front cover is designed by a different artist. This one, however, is a photo from our Jim Rogers Presidents Cup win. See the previous covers here.

Walthamstow Dogs will be at the entrance from 2pm serving meat and vegan hotdogs. Cards or cash accepted.

Bring your spare food stuffs! We‘ll be holding our regular foodbank collections for Walthamstow-based Eat or Heat. Find out what they are especially looking for here.

Finally, members of Waltham Forest Stand Up For Your Rights will be at the game, to promote their work in defending benefits claimants and to shake a bucket to help them continue. Please give generously.

Clapton CFC vs The Curve is on Saturday, April 20th at 3pm, at ‘The Stray Dog’, Wadham Lodge Sports Ground, Kitchener Road, Walthamstow, E17 4JP. You can join the Facebook event here.