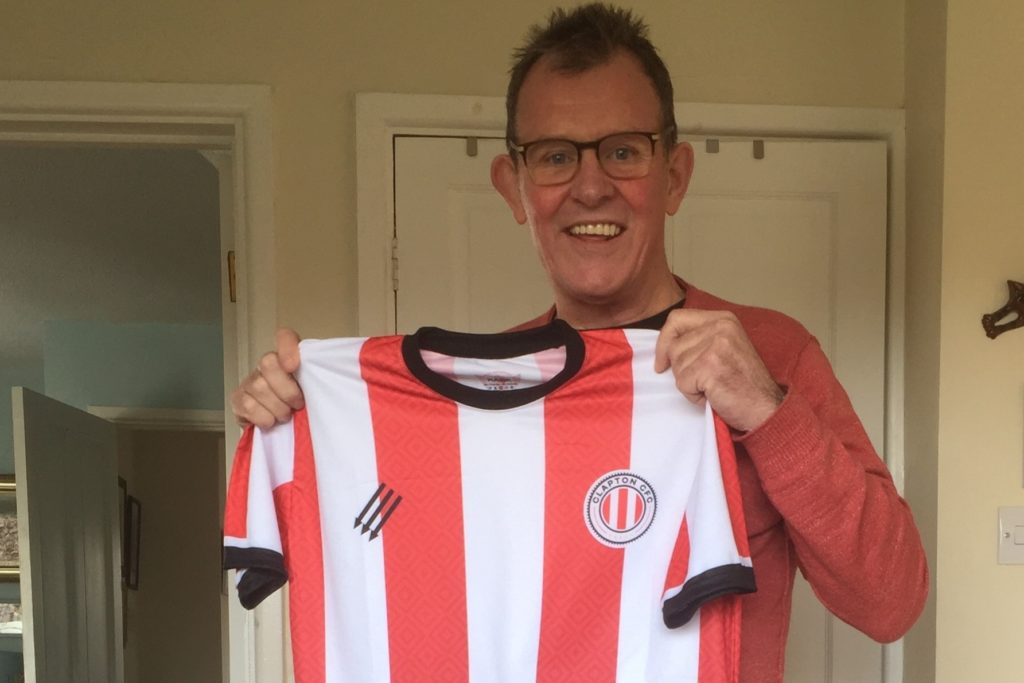 I first heard about Clapton CFC via the club’s now famous away shirt. Commemorating the end of the Spanish Civil War with the ‘No Pasarán’ International Brigades shirt was a brilliant idea. It also made me curious about the way that Clapton Community Football Club was organised.

For me it’s about more than football. When we emigrated from Dublin in 1957 I was six years old. We moved to Tottenham in 1959 or 60. Tottenham is my other team, since then. They could learn much from Clapton CFC.

I taught Physical Education in two Lewisham secondary schools for twenty years. I never saw a separation between sport and daily life.

This led me to find out more about Clapton Community FC and inspired me to join and get my own International Brigades Away Shirt.

The club is about genuine community, actively anti-racist and also for LGBTQ+ and other important areas of life such as supporting the local food bank and also the Stansted Fifteen. I’ve since bought the First Team shirt!

I’m working on making it to one of the home games in April. I’ve fallen on my feet with Clapton CFC on so many levels!

I think the club is such an inspiration, your ethos is very much what I believed in as an educator. “What do they know of football, who only football know” to loosely paraphrase CLR James.