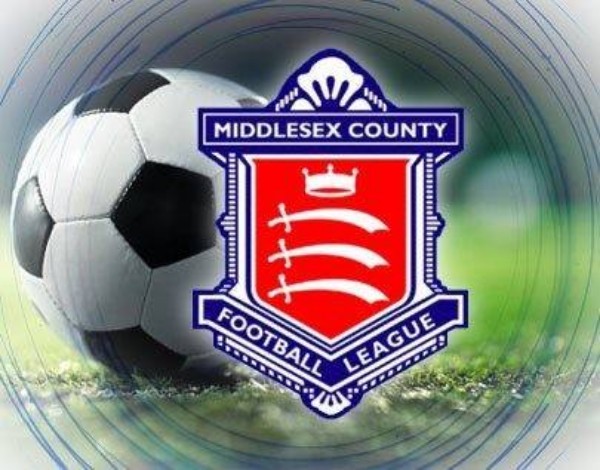 The constitution for the Middlesex County Football League Premier Division has been published and the men’s first team now know the 15 other teams they will be facing in 2022/2023.

Having run with 14 teams last season, there will be five new entrants to take the MCFL’s top division up 15, making for a 28 game season.

Hopefully the Elizabeth Line will make some of those North West London away days a bit more accessible.

The season starts on August 13 with Clapton CFC against Stonewall, which will take place at the Stray Dog at Wadham Lodge in Walthamstow at 12 noon.

This is because the Old Spotted Dog Ground dressing rooms situation has yet to be resolved. With Sporting Hackney moving into the already crowded Wadham Lodge, we will be rather nomadic until we have the OSD sorted. More information on that in the members’ newsletter.

Here is who we’ll be playing this season…

FC Soma are now named Camden United after a merger with the Division One side of the same name.

There are three ground moves among those 9. AVA will play at Roxeth Recreation Ground in Harrow, Camden United will be at Barnet Lane 3G in Barnet and Pitshanger Dynamo move to the West London Sports Ground.

Formed in 1935 for the workers of the old Kodak factory in Wealdstone, they have been in the MCFL since 2007 and were champions of the Division One (South/West) last season. They will play at Harrow Weald Recreation Ground.

A Somali heritage side who also compete in the Somali British Premier League against the likes of our old friends Hilltop. They were champions of the Division One (Central & East), as we were in 2018/9. Play at Southbury Leisure Centre in Enfield.

Champions of the Division One (South/West). Play at the Brunel University Sports Complex in Hillingdon, where previously we played against both Hillingdon and Yeading Town.

A warm welcome back to the Premier Division to Polish heritage side PFC Victoria London after a season in the lower division. Promoted after finishing third in Division One (South/West). This season they’re on the move and will play at Spelthorne Sports Club in Ashford.

An Albanian heritage side playing at Bannister Sports Centre in Harrow, where we visited to play FC Soma last season.

Last season’s champions and therefore promoted to Step 6 and the Thurlow Nunn Division One South, where they will play the likes of Barkingside, Hackney Wick, Sporting Bengal United and Tower Hamlets

Last season’s runners-up have surprisingly pulled out of the MCFL Premier having lost their manager and most players, although their reserves continue in the MCFL Division One South/West.

Our second nearest rivals (after Stonewall) have moved sideways to the Essex Alliance League, which has been upgraded to the same Step 7 level as us. They will be moving from Barking FC’s Mayesbrook Park to Wadham Lodge.

They finished bottom last season but have chosen to move to the Southern Amateur League, which is a 20-league amateur league in London that’s not in the football pyramid.