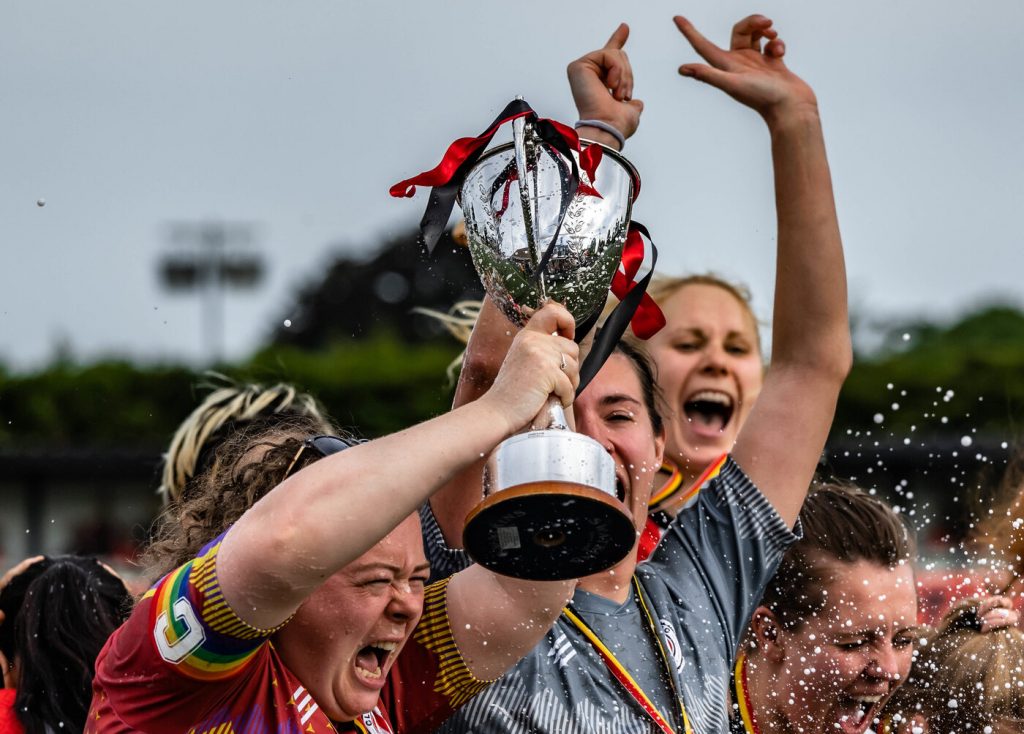 The Clapton CFC women’s first team can announce their pre-season friendlies this summer – including a prestigious home game against AFC Wimbledon.

CCFC will be starting the 2022/23 season in the sixth tier in the London & South East Regional Women’s Football League Division 1 North.

There are two home games at the Old Spotted Dog Ground as well as an away game and a behind closed doors match.

The season is due to begin on Sunday, August 21 with the first batch of fixtures due in July.

Here are the pre-season games. All fixtures are subject to change, particularly friendlies, so check back on social media and our website for any updates.

We start off the pre-season friendlies by visiting familiar opponents Enfield Town Development at Enfield Playing Fields in Donkey Lane.

They used to be division rivals but moved into a reserves league set-up instead. Enfield Town Thirds took their place in our division and we also met them in the cup final in May.

It’s a first meeting with the fan-owned club, whose women’s team general manager Sophia Axelsson is also a CCFC goalkeeper and volunteer.

Obviously we don’t know how many of the first team will play, but their U23s are also very good, finishing third in the reserves league.

With good crowds for The Dons playing at New Plough Lane, we may even hope for some away fans to come along.

We’ll welcome to the Old Spotted Dog Ground one of the best sides at our new level Cheshunt for the final friendly before the season begins the following Sunday.

Cheshunt play in the Eastern Region Women’s Football League which is a familiar league having played Biggleswade United and Haringey Borough and Bedford in last season’s FA Cup exploits.

The Ambers just missed out on the title and promotion by one point when rivals AFC Sudbury won their three games in hand to overhaul an eight-point deficit.