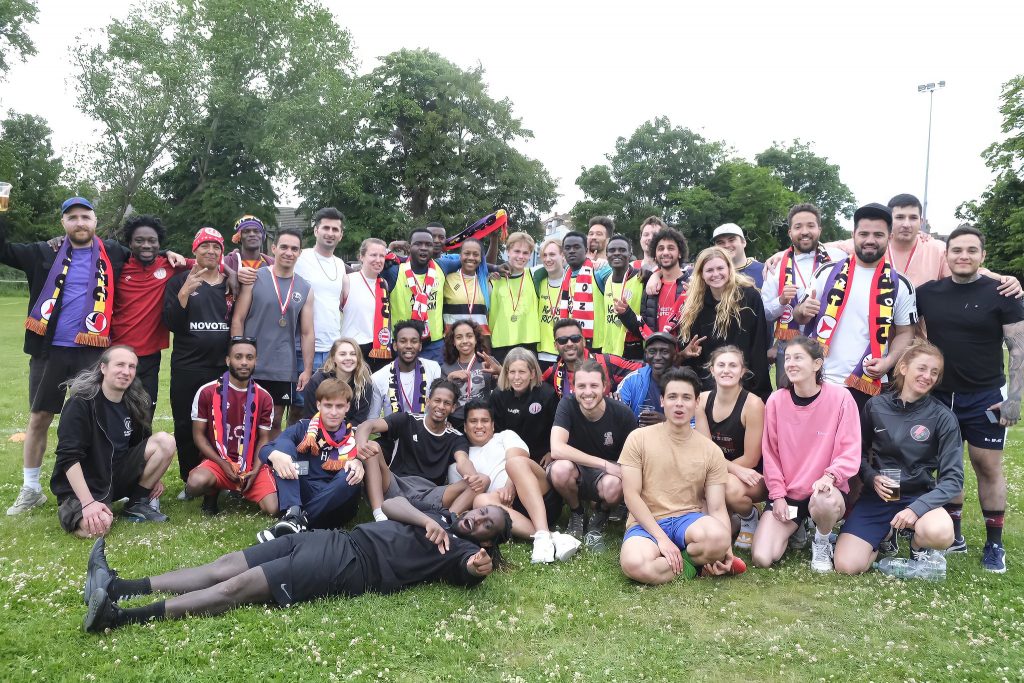 Last weekend, our friends from Care4Calais and Renaissance FC joined us at the Old Spotted Dog Ground for a fun, mixed community tournament.

It was an amazing day of socialising, football, food and laughter, sharing the collective joy that is Clapton CFC and the OSD.

Renaissance FC have provided several players for the men’s development team, and this was a reunion with some of their players who had been dispersed around the country.

On the pitch, Claudio Gomes’ team won against Jon Akaly’s team in the final.

More photos on Flickr taken by Frankie Jumes below…