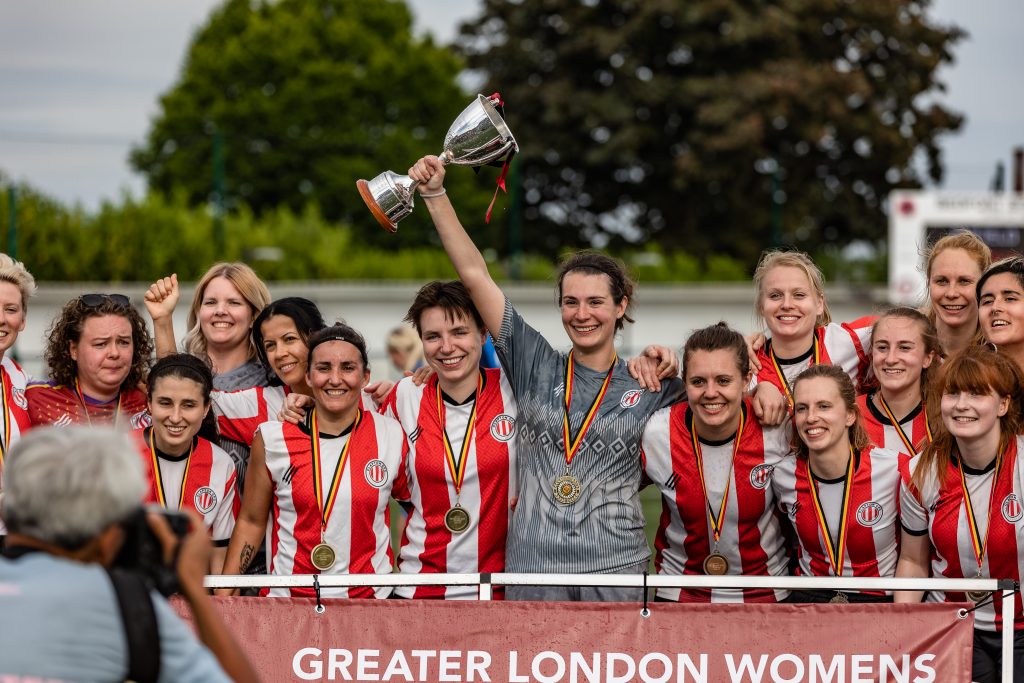 After a hugely successful season, with a historic FA Cup run, a third place finish in the league, reaching the final of the Capital Cup and winning the league cup, our women’s first team have been promoted to tier 6 for the 2022/23 season.

They will be competing in the London & South East Regional Women’s League, Division 1 North.

There is no automatic promotion at our level, so all teams have to apply to the promotion pool. An application was submitted in March, and approved by the FA Women’s Football Pyramid Project Team.

The Project Team also received the views of the relevant Joint Liaison Committee when considering the request.

This means that the women’s first team will be competing against familiar opposition such as Dorking Wanderers, Dulwich Hamlet Reserves, and Brentford FC. There will also be a local derby against fellow East London club Hackney FC.

Promoted from the L&SE league this season was Sutton United Firsts, who we beat in the semi-final of the Capital Cup just this season, so we will miss out on facing them.

The proposed start date for the league is August 21.