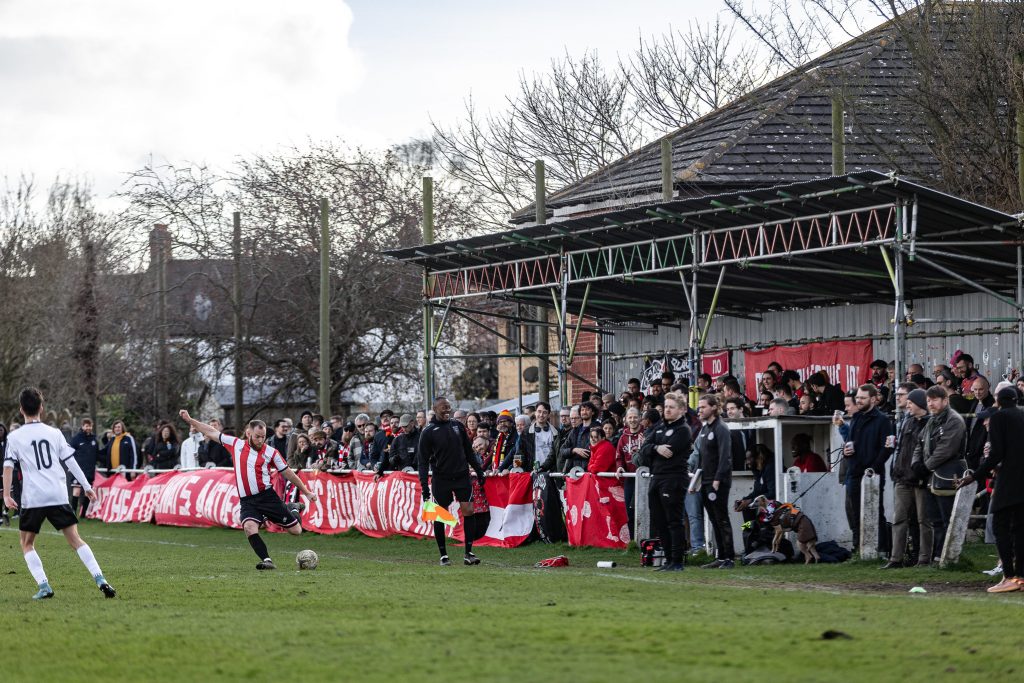 We’re into the final straight now with just eight more league games – and a cup final, of course.

The second from top Tons take on third from bottom Indian Gymkhana on Saturday, kick off 2.30pm – and arguably our visitors are the favourites.

They have won all three previous meetings between the teams, and kept two clean sheets in the last two.

We need a win to keep our outside hopes of the title and promotion alive. So can we end the Gymkhana Jinx?

Gymkana also beat the rest of the top three – FC Soma, Brentham and NW London – although the latter win was overturned due to playing an ineligible player.

They have one of the best defensive records as well, so it’s a bit of a puzzle how they find themselves fighting relegation.

Indian Gymkhana is a combined cricket, football and hockey club. Established in 1916, it is the largest and longest-standing multiracial sports club in the UK.

The football section was created in the 1980s and now has men’s, women’s, boys’ and girls’ teams.

It was the first Asian football club in Britain to set up a girls’ team and they are determined to see girls and boys get the same opportunities.

The football section also runs a health and fitness programme, open to anyone that’s interested in keeping fit as their primary goal.

Clapton CFC vs Indian Gymkhana is on Saturday, March 19 2022 at 2.30pm at the Stray Dog, Wadham Lodge, Kitchener Road, Walthamstow.